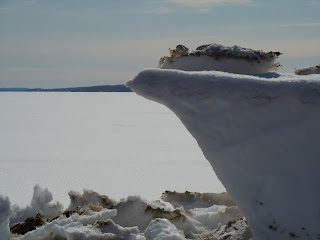 David Horowitz was one of the founders of the New Left in the 1960s and later became a conservative activist.  He writes: The nation building effort in Iraq led to a squandering of American resources and a weakening of American power. Putting a man who is hostile to American power in the White House is not the least aspect of this American decline. Because of these nation-building delusions we are still mired in Afghanistan — now the longest war in American history. And now we have been plunged into the Middle Eastern maelstrom with no clear agenda or objective.
The Obama Administration, in my view, is the most dangerous administration in American history, and conservatives need to be very clear about the limits and objectives of American power so that they can lead the battle to restore our government to health. To accomplish this, neo-conservatives need to admit they were wrong, and return to the drawing board. They should give up the “neo” and become conservatives again. http://frontpagemag.com/2011/03/23/why-i-am-not-a-neo-conservative/?utm_source=FrontPage+Magazine&utm_campaign=a731957f04-RSS_EMAIL_CAMPAIGN&utm_medium=email

A German military spokesman said it was recalling two frigates and AWACS surveillance plane crews from the Mediterranean, after fears they would be drawn into the conflict if NATO takes over control from the U.S.


First of all, consultation with Congress is important, as I said. Secondly, the administration welcomes the support of Congress in whatever form that they want to express that support.

Vladimir Zhirinovsky, the vice chairman of the Russian legislature’s lower house, released a statement on Monday titled “Deny Obama the Nobel Prize!” In the letter, Zhirinovsky argues that Obama was given the Nobel for his “contribution to the struggle for nonproliferation of nuclear weapons in the world.”

“This is another flagrant intervention in the internal affairs of an independent state,” the Russian leader wrote.
Bolivian President Evo Morales has also called for Obama’s honor to be taken back, telling reporters: “How is it possible to give the Nobel Peace Prize to someone who has launched an invasion, a bombing? It's a violation, an assault, an aggression.”  http://www.politico.com/politico44/perm/0311/throw_it_back_ca3f5568-3b71-494e-bc37-b198cfd1a2b4.html
-----------------------------------------------------------------------------------------------------------
Hot Air opines: When the Abu Ghraib scandal broke in 2003, the mainstream media and liberal blogosphere couldn’t find enough column inches to express adequately their shock and revulsion. The New York Times alone published 56 stories on the hideous revelation of —inexcusable acts that the Times placed squarely at the feet of then-president George W. Bush.
What a difference a president makes. Until you flash forward to today’s bombshell, dropped by the British newspaper The Guardian, noting that members of a self-styled U.S. Army “kill team” posed for photos not with tortured prisoners but with corpses. Of civilians. Whom they had killed. Investigators at Der Spiegel unearthed approximately 4,000 photos and videos taken by the soldiers. The accompanying article in the magazine provides shocking details about the depraved, sadistic behavior of the men.
A spokesman for the military is quoted as having apologized for the images, which in his words depict “actions repugnant to the U.S. as human beings and contrary to the standards and values of the United States.” So far, the White House has released no statement regarding the images or accounts. Neither, surprisingly, has the New York Times.  [Perhaps Obama is learning that even a President cannot stop war-ravaged or evil people, even those in our military, from bringing dishonor on our country.  The difference here is the reaction of the media.]  http://hotair.com/greenroom/archives/2011/03/21/breaking-obamas-abu-ghraib-the-stuff-hits-the-fan/
------------------------------------------------------------------------------------------------------------
Following the shocking revelation by a brave Glenn Beck, Business Insider reports on the video of a speech by Lerner to a Pace University Forum.  A former official of one of the country's most-powerful unions, SEIU, has a secret plan to "destabilize" the country.[How can it be described as secret when he was on tape giving the speech to a university forum?]
The plan is designed to destroy JP Morgan, nuke the stock market, and weaken Wall Street's grip on power, thus creating the conditions necessary for a redistribution of wealth and a change in government.
Lerner said that unions and community organizations are, for all intents and purposes, dead. The only way to achieve their goals, therefore--the redistribution of wealth and the return of "$17 trillion" stolen from the middle class by Wall Street--is to "destabilize the country."
Lerner's plan is to organize a mass, coordinated "strike" on mortgage, student loan, and local government debt payments--thus bringing the banks to the edge of insolvency and forcing them to renegotiate the terms of the loans.  This destabilization and turmoil, Lerner hopes, will also crash the stock market, isolating the banking class and allowing for a transfer of power.