Biden For Impeachment Back Then; Stephen Lerner, SEIU and Plans to Destabilize America; KGB Tactics Working in America; Obama's Policies Are a War on the Middle Class; Michigan Proposal to Mimic AZ's on Immigration; Justice Department to Sues Chicago School District Over Muslim's Vacation Plans 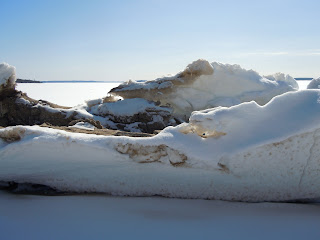 The LA Times writes: But it's something else when President Obama's own vice president, Joe "I Don't Use Words Lightly" Biden suggests that a president who commits U.S. troops with no imminent threat to the country or its citizens and no congressional approval should be impeached. (See video)....That was, of course, back when Biden still thought he should be president and George W. Bush and Obama should not.
Obama did, however, get United Nations approval for the ongoing strikes on Libya. About which there happens to be nothing in the Constitution.
Not many can find any real, new or imminent threat to America from Kadafi now that hasn't been around for many years.   . http://latimesblogs.latimes.com/washington/2011/03/biden-impeach-the-president-who-goes-to-war-without-authorization.html
------------------------------------------------------------------------------------------------------------
The Washington Post reveals: The Treasury Department team had been working nonstop on a plan to freeze Libyan assets in U.S. banks, hoping they might snare $100 million or more and prevent Moammar Gaddafi from tapping it as he unleashed deadly attacks against protesters who wanted him gone. Now, at 2:22 Friday afternoon, Feb. 25, an e-mail arrived from a Treasury official with startling news. Their $100 million estimate was off — orders of magnitude off. The e-mail said there was in “excess of $29.7 Billion — yes, that’s a B.” And most of the money was at one bank.
It also shows that government officials have learned from other recent economic sanction efforts, including against Iran and North Korea. Instead of being a secondary measure, as in the past, economic sanctions have become a centerpiece of national security policy.

"Unions are almost dead. We cannot survive doing what we do but the simple fact of the matter is community organizations are almost dead also. And if you think about what we need to do it may give us some direction which is essentially what the folks that are in charge - the big banks and everything - what they want is stability.
There are actually extraordinary things we could do right now to start to destabilize the folks that are in power and start to rebuild a movement.
For example, 10% of homeowners are underwater right their home. They are paying more for it then it's worth. 10% of those people are in strategic default, meaning they are refusing to pay but they are staying in their home.  That's totally spontaneous. They figured out it takes a year to kick me out of my home because foreclosure is backed up.  If you could double that number you would, you could put banks at the edge of insolvency again.

We have an entire economy that is built on debt and banks, so the question would be what would happen if we organized homeowners in mass to do a mortgage strike - if we get half a million people to agree, it would literally cause a new finical crisis for the banks, not for us.  We would be doing quite well.  We wouldn't be paying anything...
We have to think much more creatively. The key thing... What does the other side fear the most - they fear disruption. They fear uncertainty. Every article about Europe says when they rioted in Greece the markets went down.
The folks that control this country care about one thing - how the stock market goes, what the bond market does, how the bonuses go. We have a very simple strategy:
Read more: http://www.businessinsider.com/seiu-union-plan-to-destroy-jpmorgan#ixzz1HQsAkJcK
------------------------------------------------------------------------------------------------------------
It has been noted on the visitors' log of the White House that Mr. Lerner has visited the White House at least 4 times in two years , twice for personal meetings [just one more radical courted by our President].  In related news: Rep. Jason Chaffetz (R-UT) has written a letter to Attorney General Eric Holder, asking if he plans to investigate Lerner and his allies for domestic terrorism.


In part it reads: Recent media reports suggest that the former director of the Service Employees International Union’s (“SEIU”) banking and finance campaign has threatened to seriously endanger the welfare of the United States.
The Federal Bureau of Investigation (“FBI”) defines terrorism as “the unlawful use of force or violence against persons or property to intimidate or coerce a government, the civilian population, or any segment thereof, in furtherance of political or social objectives.” The escalation of Mr. Stephen Lerner’s threats would clearly constitute domestic terrorism and pose substantial harm to the American people and the economy. I am therefore requesting that you investigate Mr. Lerner’s terrorist plans and notify me how the Department of Justice plans to respond to these threats. [Will Eric Holder pay attention to the letter he has been sent regarding this?]    http://lonelyconservative.com/2011/03/stephen-lerner-visited-white-house-4-times-in-2-years-will-justice-department-investigate-plans-for-economic-terrorism/

American Thinker writes: The 18% real rate of unemployment during Obama's first two years in office has not done much for the middle class. At the same time, there has been an enormous transfer of wealth from the middle class to the underclass. ObamaCare, financial services reform, mortgage reform, education reform, tax reform: in all of these areas, the administration's efforts have been to create and expand services for the poor at the expense of the middle class. Obama acts like a political general in the class war -- the war of the government services-dependent poor and unionized public sector against the middle class.

But since ObamaCare was passed, health care costs for the middle class are way up. Over the past 12 months the cost of private medical insurance, where it can be purchased at all, is up by as much as 59%. Hospital costs are up 6%, nearly three times the rate of core inflation. The cost of the most widely prescribed drugs has increased well above the rate of inflation, driven up by the prospect of future government regulation. None of this has helped the middle class. It is, in fact, part and parcel of a calculated transfer of wealth from the middle class to the underclass.As Obama understands all too well, one of the hallmarks of all socialist countries is the absence of an independent middle class. From the Bolshevik experiment in Russia to socialist Venezuela today, it is necessary for communist leaders to eliminate that class of citizens who are not dependent on government for their welfare. Throughout its history American society in particular has been the beneficiary of an aspiring middle class whose efforts have created the world's greatest democracy. It is an ominous sign that the political left, with the loyal support of more than a third of our population, is intent on its destruction.
http://www.americanthinker.com/2011/03/obamas_war_on_the_middle_class.html
-----------------------------------------------------------------------------------------------------------
The Detroit News writes: A package of bills would crack down on undocumented immigrants who live and work in Michigan. One bill is similar to a controversial law passed last year in Arizona that empowers police officers to check the immigration status of people they suspect are undocumented.
It would also call into question Detroit and Ann Arbor's status as "sanctuary cities," where police look the other way concerning residents' immigration status.
The other two bills would mandate that state agencies as well as temporary employment agencies verify the status of job applicants before hiring them.
To Rep. David Agema, the bills' sponsor, the issue is simple: Undocumented immigrants are breaking the law, taking jobs away from Michigan residents and costing the state millions in public services. "I don't care what country you're from — legal is legal and illegal is illegal," said Agema, R-Grandville.