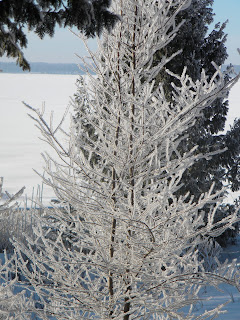 CBS Chicago reports on nuclear bombs which may be in the US, put here by Bin Laden's minions:  The threats came in the mail and to date, there have been 25 letters that warn of nuclear bombs destroying America. People who got them called the FBI and CBS 2′s Kristyn Hartman learned, the Bureau’s Chicago office is leading the investigation.
FBI Special Agent Andre Zavala said, “Yes, they alarmed a lot of people.”
The letter inside said, “The Al-Qaeda organization has planted 160 nuclear bombs throughout the U.S. in schools, stadiums, churches, stores, financial institutions and government buildings.” It also said, “This is a suicide mission for us.”
The writer, who claims to be Osama Bin Laden, tells the reader the nukes are remotely controlled. “It was clear the writer wanted to scare me,” said Rizzo, “Yes, it frightened me.” Rizzo was one of eight people in the Chicago area to contact the FBI.
Agencies in Oregon, California, Texas and Florida also got the letter with the Chicago postmark.
http://chicago.cbslocal.com/2011/03/29/threats-claim-nuclear-bombs-hidden-all-over-u-s/
------------------------------------------------------------------------------------------------------------
NBC's Matt Lauer, on Wednesday's Today show, startled Michele Bachmann as he tried to convince her that Obama's strategy of bombing Libya was a good way to show support for the rebels as he pressed the Republican Minnesota Congresswoman. "If there are flickers [what on earth is that?], as you say, of al Qaeda among the rebels, would it not be a sign to them or showing them that the United States has compassion and we are willing to use our military might to help all people?" Even Bachmann was taken aback by the thrust of the question as she responded: "Compassion for al Qaeda?"