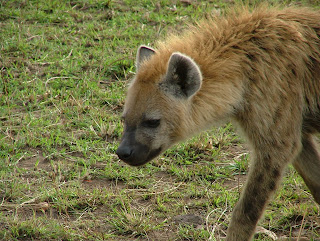 [It has long been my contention that this Administration is trying to overwhelm us with their progressive, America-hating agenda.  They hope to have us throw up our hands, quit working so hard to keep up with them, and just sit in an easy chair and let them have their way.  NO WAY!  We must never stop trying to bring the truth to those who don't have the time to find it and to report it!]  Georgia Secretary of State Karen Handel issued the following statement:  “The decision by the U.S. Department of Justice (DOJ) to deny preclearance of Georgia’s already implemented citizenship verification process shows a shocking disregard for the integrity of our elections. With this decision, DOJ has now barred Georgia from continuing the citizenship verification program that DOJ lawyers helped to craft. DOJ’s decision also nullifies the orders of two federal courts directing Georgia to implement the procedure for the 2008 general election. The decision comes seven months after Georgia requested an expedited review of the preclearance submission.
“DOJ has thrown open the door for activist organizations such as ACORN to register non-citizens to vote in Georgia’s elections, and the state has no ability to verify an applicant’s citizenship status or whether the individual even exists. DOJ completely disregarded Georgia’s obvious and direct interest in preventing non-citizens from voting, instead siding with the ACLU and MALDEF. Clearly, politics took priority over common sense and good public policy.  [Now - can't Congress do something about this?  I know that our Secretary of State Ruth Johnson has as one of her objectives making sure only qualified voters vote.  I'd like to add that only constitutionally qualified candidates can be put on the ballot......]   http://www.sos.ga.gov/pressrel/elections/20090601Obama%20Justice%20Department%20Decision%20Will%20Allow%20Non-Citizens%20to%20Register%20to%20Vote%20in%20Georgia.htm

Tax pros now fear that tax evasion could go viral if the health-reform bill’s new 1099 requirement takes effect next year. They say more small businesses will likely opt to do all-cash transactions under the table to avoid the 1099 reporting requirement, and all of its onerous provisions, which are worse than small businesses may realize.