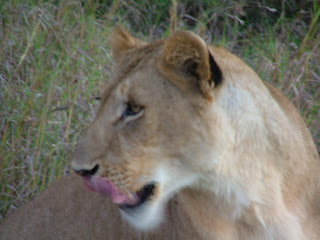 ABC News writes: The threat of terrorism is at "its most heightened state" since the 9/11 attacks nearly a decade ago, U.S. Homeland Security Secretary Janet Napolitano said today.
"One of the most striking elements of today's threat picture is that plots to attack America increasingly involve American residents and citizens," Napolitano said, referring to so-called homegrown terrorists fueled by the Internet and connections with operatives overseas.
More than two dozen Americans have been arrested on terrorism charges in the past two years, according to government statistics. http://abcnews.go.com/Politics/janet-napolitano-warns-terror-threat-heightened-sept-11/story?id=12874207


[Still think Islam is a religion of peace?  Well, maybe when citizens are terrified of doing anything, there is peace of a sort.]  The UK Daily Mail shares with us: Stoned to death with her lover: Horrific video of execution of girl, 19, killed by Afghan Taliban for running away from arranged marriage [I suggest to you that you take my word for it, because the photos are so sickening.  The Taliban have no concern for human life, and it has been said that one cannot reason with someone who wants us dead.  This girl was put 4 ft. down in a pit prior to being stoned and then shot.  Her lover was next to receive Taliban justice.  Aren't they such a civilized group?  I suggest also that you read the book The Haj by Leon Uris to learn what the Muslims are all about.  It is a compelling historical novel. And do remember that the Muslims want to see their flag flying over our White House] Read more: http://www.dailymail.co.uk/news/article-1350945/Horrific-video-emerges-Taliban-fighters-stoning-couple-death-adultery.html#ixzz1CKkntFEH

Yesterday the highly-respected, non-partisan Pew Forum on Religion and Public Life’s released its projection that in 2030 Britain will have a Muslim population of 5.5 million people, roughly 8.2 per cent of the total population.