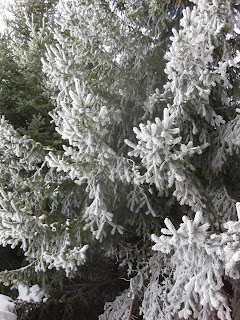 In no particular order, here are Eleven Amazing Quotes of Note for 2010:

1)Nancy Pelosi: "We have to pass this health care bill in order to see what is in it." This goes along with one politician saying that of course he would not be reading the bill prior to voting on it! There was another who said concerning the part of the Constitution which allows the passage of the bill: I'm not worried about the Constitution." [What a terrific example of the Progressive agenda this was!]

2 )Barack Obama: "I do think at a certain point you’ve made enough money.”  [I'm sure he is one of those who do not like entrepreneurship or the jobs those entrepreneurs provide.]

3) Barack Obama: "Latinos should “punish” their “enemies” at the polls." [This is just one more example of Obama's division of Americans into those of whom he approves and those who bring him displeasure.  A more divisive President I have never seen.]

4) Barack Obama: "We don’t mind the Republicans joining us. They can come along for the ride, but they gotta sit in back.” [But don't we dare call this President a racist!]


5) Barack Obama at his press conference about the "deal" he was promoting during the Lame Duck Session (on the Bush Tax Cuts): "It's tempting not to negotiate with hostage takers unless the hostage gets harmed."  In this case, the hostage was the American people.

6) In November, while speaking at the University of Indonesia in Jakarta, Mr. Obama was trying to stress the similarity of the U.S. and Indonesia and said "it is a story written into our national mottos."
"In the United States, our motto is E pluribus unum — out of many, one," he said, then compared it to the Indonesian motto, "Bhennika Tunggal Ika — unity in diversity."


Members of Congress had to call on President Obama to issue a public correction after he incorrectly labeled E pluribus unum the U.S.'s motto in a speech last month, rather than "In God We Trust."
The lawmakers, members of the Congressional Prayer Caucus, also said the president was making "a pattern" of dropping the word "Creator" when he recites the self-evident truths of the Declaration of Independence.
"By misrepresenting things as foundational as the Declaration of Independence and our national motto, you are not only doing a disservice to the people you represent - you are casting aside an integral part of American society," the representatives said in a stern letter asking for him to correct the speech.

7) Former U.S. vice-president Al Gore: "It is not a good policy to have these massive subsidies for (U.S.) first generation ethanol," said Gore, speaking at a green energy business conference in Athens sponsored by Marfin Popular Bank.
"First generation ethanol I think was a mistake. The energy conversion ratios are at best very small.
One of the reasons I made that mistake is that I paid particular attention to the farmers in my home state of Tennessee, and I had a certain fondness for the farmers in the state of Iowa because I was about to run for president."


As the news item of the day said: U.S. blending tax breaks for ethanol make it profitable for refiners to use the fuel even when it is more expensive than gasoline. The credits were up for renewal on Dec. 31.  [And, of course, the Republicans caved in for the sake of convenience, as well as to not look like obstructionists, by ignoring the evidence by Mr. Global Warming himself.  They passed the extension of ethanol subsidies.]

8) [One year ago] In his 2010 State of the Union address, Obama said: "Starting in 2011, we are prepared to freeze government spending for three years. Spending related to our national security, Medicare, Medicaid, and Social Security will not be affected, but all other discretionary government programs will."

— Barack Obama during signing a new small business assistance package in the East Room / September 27, 2010  [It is therefore interesting that in practice, he works on producing more government jobs as the answer to high unemployment, while admitting that the Bush tax cuts must be preserved because raising taxes would be bad for the economy and job creation.]
10. Nancy Pelosi, on Unemployment Compensation: "If you want to create jobs, the quickest way to do it is to provide more funding for food stamps and have unemployment insurance for people who have lost their jobs through no fault of their own...It is the biggest bang for the buck when you do food stamps and unemployment insurance."
11. In my speech, said Janet Napolitano of the National Security Agency,  "although I did not use the word "terrorism," I referred to "man-caused" disasters."  And - Illegal aliens are now being called undocumented immigrants.

12.On April 15, 2010: Speaking at a Democratic fundraiser, President Obama touted his administration’s tax cuts and said that the recent tea party rallies across the nation have “amused” him. “You would think they should be saying thank you,” the president said to applause. [It is clear that Obama thinks of himself as a comedian - and he totally misunderestimated the Tea Party power.] 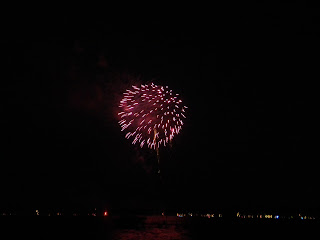 I now begin my list for 2011, and I am sure there will be plenty from which to choose!  Happy New Year one and all!  And thank you for being here!