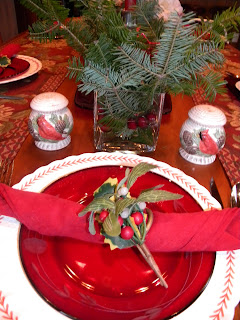 Powerline Blog points out: As Secretary of Health and Human Services, Kathleen Sebelius is giving us a preview of coming attractions. Jeffrey Anderson explains:


Not satisfied with the colossal amounts of power that she would acquire under Obamacare if it isn't repealed, Health and Human Services (HHS) secretary Kathleen Sebelius has issued a 136-page "rule" that will now give her (and her subordinates) largely unchecked power to pass judgment on the prices of health insurance throughout the United States. Notwithstanding the fact that 43 states already regulate and approve health insurance premiums, Sebelius claims that we need an additional, more centralized, protection against insurers' unseemly "profit motive." But a far greater threat to the future of American republicanism is posed by the impulse that animates Sebelius and the bulk of the Obama administration: the power motive. It's staggering that one person would think that she should ultimately get to decide what a product, which Obamacare would soon require all Americans to purchase, should cost. Moreover, the Wall Street Journal writes that Sebelius's "rule" marks "an effort to end-run Congress, which by some miracle declined to give HHS the formal legal authority to explicitly block premium increases, despite a direct appeal from President Obama." Not having been granted that formal power, "Ms. Sebelius is creating by regulatory fiat larger de facto powers to achieve the same end."

Newsmax reveals: On December 3rd, the Obama administration seemingly flouted the will of Congress by issuing a new Medicare regulation detailing -- "voluntary advance care planning" that is to be included during patients' annual checkups. The regulation aimed at the aged "may include advance directives to forgo aggressive life-sustaining treatment," The New York Times reported.
The new provision goes into effect Jan. 1, 2011 and allows Medicare to pay for voluntary counseling to help beneficiaries deal with the complex and decisions families face when a loved one is approaching death. Critics say it is another attempt to limit healthcare options for the elderly as they face serious illness.

Incoming House Speaker John Boehner said during the healthcare debate that, “This provision may start us down a treacherous path toward government-encouraged euthanasia.”