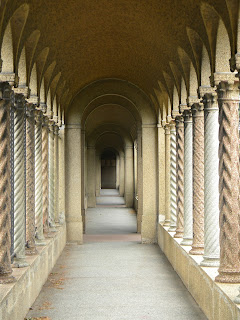 One of my readers wrote a wonderful message to Discovery Channel, sent to http://corporate.discovery.com/contact/viewer-relations.  Those words follow:

I am very troubled by the planned programming of "The 99" which, in my opinion, glorifies Islam and indoctrinates our children in stealth fashion to Islamic “values” with the use of comic strip characters.  I have reviewed your current Discovery for Kids programming and see no other shows approaching the topic of religion.  Any religion.  If this new program is meant to teach tolerance of Islam within America’s Judeo-Christian culture, then it is fair to expect that Discovery for Kids will create additional shows which glorify the Judeo-Christian (and perhaps other) religions to teach tolerance of these within the Islamic culture.  After all, aren’t radical Muslims the ones who believe that all infidels (i.e., those who do not believe in Islam) should be killed in the name of Allah?  But I imagine this will be left out of your show.
As if the proposed content of “The 99” were not controversial enough, the names you have chosen for your comic strip characters are absolutely denigrating to Americans…  While your Muslim characters' names (Jabbar the Powerful and Widad the Loving) are positive and alluring, your American character's name (Darr The Afflicter) is both negative and disagreeable.  What sort of message is this sending to our young, impressionable children about America and being American?   Or perhaps this is part of the plan towards indoctrination…  Make them feel so bad about their country and themselves that they convert to a more “peaceful” and “tolerant” society. Rubbish!

Newsbusters reveals: "Of course, a lot of noise was made about the Islamic Center, mosque, down near the World Trade Center, but I think there wasn't enough sort of careful analysis and evaluation of where this bigotry toward 1.5 billion Muslims worldwide, and how this seething hatred many people feel for all Muslims, which I think is so misdirected, and so wrong -- and so disappointing."
She really winced on that last word. When comedian Mo Rocca said he went to "really fancy schools" and "I cannot tell you five things about Islam," Couric shot back "Maybe we need a Muslim version of The Cosby Show."  [Katie, there WAS a show on tv about an American Muslim family - one full season of 24 - a sleeper cell family who lied as their religion taught them to in order to fit in and be ready when "the call" came through to aid in the destruction of America.  While we can assume that this family was not the typical Muslim family in America, either Muslims here refuse to stand up and shout that radical Islam is an abomination - or radical Islam is such an abomination that the good Muslims fear for their lives for condemning those terrorists and for standing up for their religion of "peace".  While most families in America and Europe are reducing their rates of childbirth, Muslims families continue to have about 8 children each, just waiting for the day when their numbers are large enough to change the politics of America and Europe in ways we will regret.]

Newsbusters writes: All right, this president sure knows how to pick them. The Anointed One's nominee to be the number two at the Department of Justice thinks that 9/11 is similar to any other domestic crime. In a 2002 article James Cole wrote, quote, "Our country has faced many forms of devastating crime including countless acts of rape, child abuse and murder. The acts of September 11th were horrible, but so are these other things."
Read more: http://www.newsbusters.org/blogs/tim-graham/2010/12/30/who-james-cole-whys-he-so-blase-about-911#ixzz19cIegxTQ
------------------------------------------------------------------------------------------------------------
Impeach Obama writes: Shy of her first anniversary on the federal bench, an Obama-appointed judge known for promoting “racial tolerance” has ordered U.S. taxpayers to provide criminally convicted immigrants with “diminished mental capacities” lawyers to fight deportation.
The ruling is believed to be the first ordering government-financed legal representation in an immigration case. Foreign nationals embroiled in deportation proceedings must pay for their own attorney, unlike criminal defendants who get court-appointed lawyers—financed by American taxpayers—as part of due process when they can’t afford it. http://www.impeachobamacampaign.com/obama-appointed-judge-u-s-must-give-convicts-lawyers-to-fight-deportation/?utm_source=Expose+Obama&utm_campaign=263ed1ef5f-EO_12_30_201012_30_2010&utm_medium=email