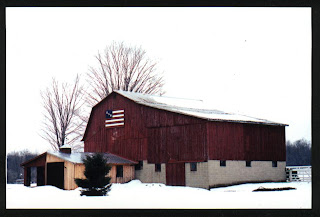 There is a lot of talk now about "inflammatory language", with new legislation being suggested to put a halt to our freedom of speech. From http://gatewaypundit.rightnetwork.com/2011/01/democrats-will-introduce-legislstion-outlawing-inflammatory-language: /Democrats will introduce a bill this week to rip apart the US Constitution.  Rep. Robert Brady (D-PA) will introduce legislation making it a federal crime for a person to use language or symbols that could be perceived as threatening or inciting violence against a Member of Congress or federal official."

You will see and hear the Democrats talking about how many more on their side of the aisle have actually been threatened by kooks.  I am going to write today about the Democrats' declaration that it is the talk radio hosts on the right, Fox News, and other conservatives who have used so-called inflammatory language.  To hear them talk, only conservatives use such language.  I beg to differ, as I have before, beginning with our President's comments about bringing a gun to the fight, and comments asking his Hispanic voters to "punishing their enemies".  Now Nancy Pelosi calls the shootings in Tucson a "tragic accident".  What??


1)  As reported by American Thinker: Just a few months ago Democratic pollster Mark Penn was chatting with Chris Matthews on MSNBC:

PENN:  President Clinton reconnected [with the American voters] through the [Oklahoma City Bombing] and --
Chris MATTHEWS:  Because of the bombing down there.
PENN:  -- "the president [Obama] seems removed, and it wasn't until that speech that [Clinton] re-clicked with the American public.  Obama needs a similar kind of event." http://www.americanthinker.com/printpage/?url=http://www.americanthinker.com/blog/2011/01/the_dangerous_internet_passpor.html

2)  Should the Democratic Congressional Campaign Committee be under investigation for Terroristic Threatening?
They used the Bulls-eye Map during the House Races like Palin did.
http://www.postonpolitics.com/2010/04/democrats-our-bullseye-targets-on-house-districts-are-not-like-palins-crosshair-targets/

3) When Congressmen decided to avoid the underground tunnel to go from their offices to the Capitol for the health care vote, enabling them to grandstand, to mingle with and to invite conservatives' misbehavior while linked arm in arm, "a white racist teabagger [I ask if you all know what this horrible twist to the Tea Party name actually means] actually spat on Rep. Emanuel Cleaver", (D-MO) they reported.  [I'm so sure this would not inspire violence against those tea baggers, eh?]
http://www.rollcall.com/news/44438-1.html : Roll Call reported:
“They were shouting the N-word,” Carson said. “It was like a page out of a time machine.” Carson said Capitol Police surrounded the group and escorted them across the street to the Capitol.
And staffers and Members reported seeing Rep. Barney Frank (D-Mass.) slurred for being a homosexual and a protester spitting on Rep. Emanuel Cleaver (D-Mo.), another African-American lawmaker. [This statement was never substantiated by a single person, leaving a $100,000 reward for evidence unspent. But it did make a great, inflammatory, hateful story against conservatives.]

5)  They used the term “bull-s-eye” to target her and other moderates, using a United State map.

6)  Nancy Pelosi, inducing hatred: They'll take food out of the mouths of children in order to give tax cuts to the wealthiest. (about Republicans)

7)  Death Of A President (a movie about George W. Bush's assassination.)- Exclusive Interview - Gabriel Range.  [No one condemned the making of this horrific movie.]

"Distorting reality to reveal a greater truth"  [But of course!] http://www.spike.com/video/death-of/2781301
8) Recently on CNN's John King: "Before we go to break, I want to make a quick point. We were having a discussion about the Chicago mayoral race. My friend Andy Shaw used the term 'in the crosshairs' in talking about the candidates. We're trying, we're trying to get away from that language. Andy is a good friend, he's covered politics for a long time, but we're trying to get away from that kind of language." http://www.realclearpolitics.com/video/2011/01/18/cnn_apologizes_for_guest_using_term_crosshairs.html


I end with a little reported, but quite inappropriate statement by a Republican:  GOP congressional hopeful Allen West urged tea partyers to make Democratic U.S. Rep. Ron Klein “scared to come out of his house.” [I am sure the organized bus loads of SEIU Union people in front of one of the bankers' homes during the financial meltdown hate-mongering caused that President and his family to be afraid to come out of their home as well.  This was a true example of a mobilization for hate, fear and intimidation - not simply a passing statement.]

As someone once said: "America was founded on political argument and free exchange of ideas; Nazi Germany was founded on just the opposite – government control of speech and ideas."
Posted by Karen at 9:43 AM