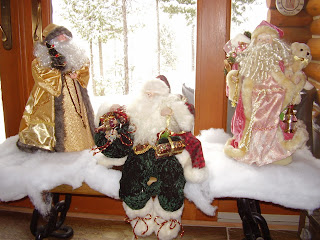 [Immediately following the election of Barack Obama, I began to warn of the radicals who have always been at his side.  This is one of the worst, and he is working hard to "fundamentally transform America" as Obama promisted.]  Now, let me show you a new video, said Glenn Beck: This is the latest from Van Jones and I want you to notice the date on this. This happened last September. Listen to what he's saying here.
(BEGIN VIDEO CLIP)
VAN JONES, FORMER GREEN JOBS CZAR: We can't just leave the federal government in the hands of our enemies and expect to go make a lot of progress. So, even if we can't get everything done that we want to get done out of D.C., we certainly can't let other people have the level of control in D.C.
But also, you can see right now, .D.C. can't do much by itself. You ought to have that bottom-up movement. And that's what's been missing is that bottom-up sense of movement to get the best out of D.C. And what's stopping that is the inside-out piece.
You know, we talk about power more than any other people - every kind of political, economic - we talk about power all the time and are more afraid of power than anybody I know. We talk about power, empowerment this, empowerment that, we want power - we don't want no power. Because when you have power, you become a real target. And there is a sense that we're not healed from some historical traumas.
We've been trained not to have power. We've been trained to protest. We've been trained to critique and to be mad at NASA (ph). [I believe he actually said Massah] We have not been trained to grab the whip and put it down and run the plantation. That's not what we've been trained to do.

BECK: OK. Top-down, remember, put the radicals in; and the bottom- up, get the revolutionaries to rise up. Grab the whip and run the plantation.

The UK Daily Mail writes: The freezing conditions that have blasted Britain are being blamed on a series of weather patterns that are bringing Arctic temperatures to much of western Europe, California and even Australia.
One of the main factors is a change in the position of the jet stream - the fast-moving current of air that moves from west to east, high in the atmosphere.
Changes in the jet stream's path can cause massive changes in weather conditions across the globe and may be why Australians are now shivering their way through summer and the current freezing conditions in California. [I'm wondering if the environmentalists are thinking that we humans have the power to change the jet stream's path.]
Read more: http://www.dailymail.co.uk/sciencetech/article-1340436/Why-cold-warm-Greenland-Diverted-jet-stream-letting-icy-blast-Arctic.html#ixzz18qzyZ65c
-------------------------------------------------------------------------------------------------------------
PowerlineBlog.com writes: Yesterday the Obama administration's top anti-terrorism officials--Director of National Intelligence James Clapper, chief counterterrorism adviser John Brennan, and Secretary of Homeland Security Janet Napolitano--gave an interview to ABC's Diane Sawyer on the current state of the terrorist threat.
The questions and answers are unremarkable, except that there is a surreal moment near the end of the interview, when it becomes apparent that DNI Clapper was unaware that twelve would-be terrorists were arrested in Great Britain yesterday. Brennan jumped in to help him out, but Sawyer came back to the question later, and Clapper admitted that he hadn't heard about the arrests. [I'm sure most Americans had by then heard the news. Is this making you feel full of trust that our country is being well protected from terrorists?  Me neither.]
This was one of those outer space moments that are hard to fathom. The arrests were widely reported. I knew about them; Diane Sawyer knew about them; you likely did, too. Is it conceivable that the Director of National Intelligence doesn't get a daily briefing? Or that he is not briefed on likely questions before giving a network television interview? Apparently so. http://www.powerlineblog.com/archives/2010/12/027974.php