Climate Matters; The FCC's Power, and Republicans' Power to Change It; Millions Admitted to US Without IDs; Terrorist Threat is Real!; Airports Suspend Enhanced Security at Airports for Holidays 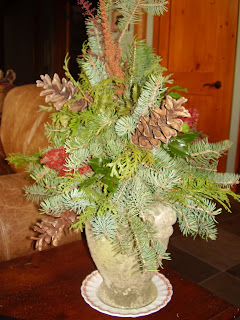 From the Independent, year 2000: Britain's winter ends tomorrow with further indications of a striking environmental change: snow is starting to disappear from our lives.
Sledges, snowmen, snowballs and the excitement of waking to find that the stuff has settled outside are all a rapidly diminishing part of Britain's culture, as warmer winters - which scientists are attributing to global climate change - produce not only fewer white Christmases, but fewer white Januaries and Februaries.
"Children just aren't going to know what snow is," he said.

The Chronical writes: More than 18 months after U.S. Customs and Border Protection inspectors were supposed to start enforcing stringent ID requirements at the nation's land borders, millions of travelers are still being admitted without passports or other secure IDs, a new government audit shows.
An Office of Inspector General report released Monday found that CBP remains unprepared to fully implement the Western Hemisphere Travel Initiative, which officially took effect in June 2009 and requires all travelers, including U.S. citizens, to carry passports or one of a handful of other forms of secure ID.
In the first eight months after the requirements took effect, 2.3 million travelers failed to provide proper paperwork at U.S. land ports of entry. http://www.chron.com/disp/story.mpl/metropolitan/7348243.html
-------------------------------------------------------------------------------------------------------------
The UK Daily Mail writes: Al Qaeda terrorists planned to poison food at multiple US hotels and restaurants over a single weekend, it has been revealed this morning.
The 'credible' plot involved slipping the poisons cyanide and ricin into salad bars and buffets, according to CBS news.
The terrorist group behind the failed 'ink cartridge' attacks on cargo planes in October were said to have hatched the plan.
Al Qaeda in the Arabian Peninsula branded the plot 'Operation Haemorrhage'.
Militants say the plot consists of 'attacking the enemy with smaller but more frequent operations' to 'add a heavy economic burden to an already faltering economy'. Read more: http://www.nydailynews.com/news/national/2010/12/22/2010-12-22_terrorist_threat_on_united_state_still_real_warns_attorney_general_eric_holder.html#ixzz18qCU29c0