A Short List Of News Two Days Prior to the Election! 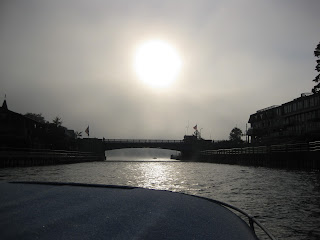 NPR and Newsweek really respects us, according to Newsbusters: NPR's Nina Totenberg said Friday that she's very afraid of the upcoming elections.  Newsweek's Evan Thomas, her co-panelist on "Inside Washington," said historians might look upon November 2, 2010 "as kind of a joke...obviously the political system’s a mess"


"Excuse me, excuse me, excuse me, young people? Let me just say this: You've been appearing at every rally we've been doing, and we're funding global AIDS, and the other side is not. So I don't know why you think this is a useful strategy to take. I think it would make a lot more sense for you guys to go to the folks who aren't interested in funding global AIDS, and go to that rally. We're trying to figure out how to finance the things that you want financed. You guys have made your point. Let's go."  http://nymag.com/daily/intel/2010/10/obama_republicans_arent_fundin.html