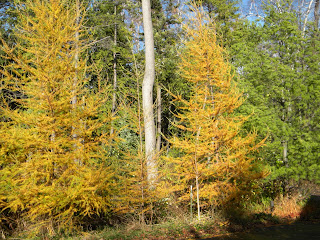 By Glen Johnson
AP Political Writer BOSTON—Massachusetts Sen. John Kerry unleashed a broadside Thursday against Republican "obstructionism," saying the GOP and its talk-show allies have created a "period of know-nothingism" in the country.A testy U.S. Sen. John F. Kerry yesterday blamed clueless voters with short attention spans for the uphill battle beleaguered Democrats are facing against Republicans across the nation.
With his party braced for defeats in the midterm elections, the 2004 Democratic presidential nominee told the Greater Boston Chamber of Commerce that a Republican machine -- fueled by talk show hosts such as Rush Limbaugh and Glenn Beck -- has undermined progress and misled the public into believing Democrats created the country's current economic problems.

Kerry singled out attacks on an energy deal he was negotiating with Republicans, which fell apart amid criticism of an emissions-trading program. Some 20 Senate candidates are now opposing the proposed deal in their campaigns.
"It's absurd. We've lost our minds," said a clearly exasperated Kerry. "We're in a period of know-nothingism in the country, where truth and science and facts don't weigh in. It's all short-order, lowest common denominator, cheap-seat politics."
The Massachusetts Republican Party accused Kerry of displaying "astonishing arrogance by shifting blame for the failed policies jammed down our throats by his party." http://www.boston.com/news/local/massachusetts/articles/2010/10/28/kerry_says_democrats_have_been_fixing_gop_problems/
“We have an electorate that doesn’t always pay that much attention to what’s going on so people are influenced by a simple slogan rather than the facts or the truth or what’s happening,” Kerry told reporters after touring the Boston Medical Center yesterday.  [My, oh my!  Would he be referring to the slogans "Yes We Can!", "Hope and Change", "Change You Can Believe In" or something about a "Fundamental Transformation" of America?  I couldn't have said it better myself - concerning the Democrat voters who get all their news from Comedy Central and from the prolific speech maker President Obama.]
-------------------------------------------------------------------------------------------------------------
World Net Daily opines: When Barack Obama was campaigning for president in 2008, he visited Colorado Springs and WND broke the the story that he wanted a “Civilian National Security Force” as big and as well-funded as the $650 billion-plus U.S. military. Now Charlie Rangel is proposing that he have it.
Rangel, facing ethics charges in Congress, has proposed the Universal National Service Act that would require “all persons” from ages 18-42 “to perform national service, either as a member of the uniformed services or in civilian service in furtherance of the national defense and homeland security.”
"It is the obligation of every citizen of the United States, and every other person residing in the United States, who is between the ages 18 and 42 to perform a period of national service as prescribed in this title," it specifies.
It would require that the president provide "for the induction" of people to the service corps.
"Except as otherwise provided in this section, the period of national service performed by a person under this title shall be two years," Rangel wrote.
The exceptions provide that the term of service may be extended if the "member" needs to "compensate for any time lost to training for any cause" or "for the purpose of furnishing hospitalization, medical, or surgical care for injury or illness incurred in the line of duty."
It gives the president the far-reaching authority to "prescribe such regulations as are necessary to carry out this title," including what types of "civilian service" are required, "standards of satisfactory performance," "penalties for failure" and "such other matters as the president determines necessary to carry out this title."
He said the discussion in Rangel's office is that those in the civilian corps would work in "education, health care, they could work in our ports, various aspects of security."
He also said the idea has been a long-term goal for Rangel.
http://www.wnd.com/index.php?fa=PAGE.view&pageId=220869
-------------------------------------------------------------------------------------------------------------