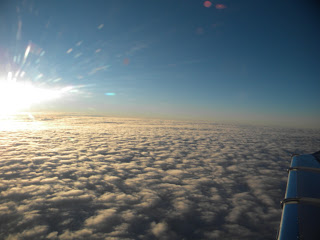 The NYT blogs: Conservative groups have not dumped $200 billion in political ads on the heads of Democratic candidates.
It evidently just feels that way to the White House.
In an interview with Al Hunt of Bloomberg News scheduled to air tonight, Vice President Joseph R. Biden Jr. commented on the need for disclosure when corporate interests contribute to political groups.
“I was amazed at the amount of money, this $200 billion of money that is — where there’s no accountability,” he said. “When I say accountability, we don’t know where it’s coming from. There’s no disclosure, so the folks watching the ad can’t make a judgment based upon motive when you say it’s paid for by so-and-so.”
Mr. Biden clearly meant “million” with an “M,” not “billion” with a “B.”
But his tongue slipped again a moment later. “So it really – I’ve never seen this before, so the only caveat I’d put in terms of the House is how much impact this $200 billion are going to mean.” [Is he purposely lying to scare his democrat base, or does he really not understand the difference between millions and billions?  Oh my gosh - he's first in line to be President!]-  http://thecaucus.blogs.nytimes.com/2010/10/22/200-billion-in-ads-mr-biden-thats-real-money/?ref=politics
--------------------------------------------------------------------------------------------------------------
Breitbart writes: Congratulations to the editors at the Washington Post. Seventeen months after the Eric Holder Justice Department dismissed a slam-dunk case against the New Black Panther Party for voter intimidation, the Post gets around to printing a thorough vetting of the dismissal. The story is slated for Saturday’s print edition. While other media like Breitbart/The Bigs, Fox News, the Washington Times, the Weekly Standard, Pittsburgh Tribune Review, Investors Business Daily, Pajamas Media, and Drudge have had dozens of stories on the corrupt New Black Panther dismissal, the Washington Post at last is in the game.
But overall, the story is very bad news for Eric Holder. It debunks many of the myths spun by the administration. Inside DOJ sources describe deep hostility to protecting whites at Justice. DOJ sources say panther prosecutor Christian Adams never allowed his conservative views to influence his work, contradicting administration spin. And perhaps most damning of all to Holder, sources defending the administration defend the idea that whites aren’t protected by the Civil Rights laws. The latter is the blockbuster news in the Post piece.
The Post also shatters the false administration spin that only low level career lawyers had a fight among themselves: “After the Obama administration took over, high-level political appointees relayed their thoughts on the case in a stream of internal e-mails in the days leading to the dismissal.” The administration told Congress and the public a lie for over a year, and now the Washington Post even knows. http://biggovernment.com/abreitbart/2010/10/22/washington-post-blockbuster-confirms-worst-fears-about-holder-justice-dept-race-policies/
-------------------------------------------------------------------------------------------------------------
The Economic Times of India writes: To ensure fool-proof security, the President’s team has booked the entire the Taj Mahal Hotel, including 570 rooms, all banquets and restaurants. Since his security contingent and staff will comprise a huge number, 125 rooms at Taj President have also been booked, apart from 80 to 90 rooms each in Grand Hyatt and The Oberoi hotels. The NCPA, where the President is expected to meet representatives from the business community, has also been entirely booked.
The officer said, “Obama’s contingent is huge. There are two jumbo jets coming along with Air Force One, which will be flanked by security jets. There will be 30 to 40 secret service agents, who will arrive before him. The President’s convoy has 45 cars, including the Lincoln Continental in which the President travels.”

Since Obama will stay in a hotel that is on sea front, elaborate coastal security arrangements have been made by the US Navy in consonance with the Indian Navy and the Coast Guard. “There will be US naval ships, along with Indian vessels , patrolling the sea till about 330-km from the shore. This is to negate the possibility of a missile being fired from a distance,” the officer said.

By RICARDO ALONSO-ZALDIVAR © 2010 The Associated Press