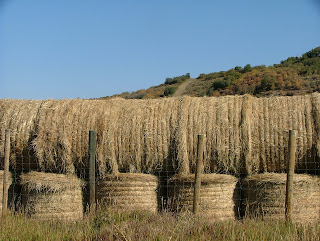 Big Government opines: In May 2009, the Obama/Holder Justice Department dropped charges in a voter intimidation case against Malik Shabazz, a leader of the New Black Panther Party, despite having already won a summary judgment against him, and his New Black Panther Party colleagues King Samir Shabazz and Jerry Jackson who were video-taped outside polling place in Philadelphia intimidating voters as they arrived on election day, 2008.  In July 2009, when Congress began looking into the matter, someone named Malik Shabazz visited the private residence at the White House.  When news of the visit was released under the auspices of transparency, the White House denied that the Malik Shabazz on the visitor’s log was the same Malik Shabazz involved in the New Black Panther voter intimidation case.  According to Norm Eisen, special counsel to the president for ethics and government reform, the records contained “a few “false positives” – names that make you think of a well-known person, but are actually someone else.”  He specifically cited Malik Shabazz as an example of one of these “false positives”.  http://biggovernment.com/abreitbart/2010/09/24/which-malik-shabazz-visited-white-house-in-july-2009-mr-president/
-------------------------------------------------------------------------------------------------------------
Ben Johnson writes: A second career civil rights lawyer ripped a hole in the Obama administration’s lies about the Black Panther voter intimidation case this morning. Christopher Coates, who headed the Voting Rights division of the Justice Department, said the administration’s decision to throw out the case was “a travesty of justice” that reflected the “anger” of the president’s appointees and their “deep-seated opposition to the equal enforcement of the” law “for the protection of white voters.” This second witness contradicts the testimony of administration officials and calls into question whether the president has ordered the Department of Justice to deny equal justice to a whole segment of American citizens, an impeachable offense.
He revealed the case’s dismissal “was not required by the facts” but “was intended to send a direct message” that race-neutral justice “would not continue in the Obama administration.”
He then cited two political appointees who foisted the new, racially divisive policy on the department: Loretta King and Julie Fernandez. Loretta King, whom Obama appointed Acting Assistant Attorney General for Civil Rights, told Coates to stop asking job applicants if they would be willing to apply the law equally to all races and ethnicities, a cornerstone of American jurisprudence, “because she does not support equal enforcement of the provision of the [Voting Rights Act] and had been highly critical of the filing and civil prosecution of” a 2005 case against blacks in Mississippi who discriminated against whites.  Coates added that Fernandez, Obama’s Deputy Asst. AG for Civil Rights, told employees “the Obama administration was only interested in bringing…cases that would provide political equality for racial and language minority voters.” She has made similar statements in public.
Fernandez said the Obama administration had no interest in forcing states to remove ineligible, incarcerated, fraudulent, or deceased voters from state voting rolls. Coates elaborated that eight states are currently in “major noncompliance,” and this could have “partisan consequences” by increasing the likelihood of “voter fraud” in “Democratic strongholds.” "I do solemnly swear (or affirm) that I will faithfully execute the office of President of the United States, and will to the best of my ability, preserve, protect and defend the Constitution of the United States."  [Just one more "fundamental transformation"?  For this President perhaps that oath is true - unless you happen to be white....  This should be big news, for it is momentous !]   http://floydreports.com/?p=2238&utm_source=Expose+Obama&utm_campaign=03094e4fe4-EO_09_24_20109_24_2010&utm_medium=email
-------------------------------------------------------------------------------------------------------------
The Washington Post opines: What is most disturbing about the coverage of Bob Woodward's "Obama's Wars" is not the juicy bits of conflict and infighting; it is the fact that the White House seems pleased with the image of President Obama that emerges. "I think the president comes across pretty well in the book," says one official, "even if it looks crazy around him."
What comes across is a president deeply skeptical about the Afghan war, suspicious of the advice of military leaders and obsessed with finding exits and setting withdrawal deadlines. To a press or political aide in the administration, this must seem like the public relations sweet spot: Since Americans are conflicted about the Afghan war, won't they be reassured to know that the commander in chief is conflicted as well?
But a president has a number of audiences, including American troops, the allies who fight at our side and enemies who constantly take the measure of our resolve. None of those groups is likely to be impressed by America's reluctant warrior.
Cynics may regard this as typical. Actually, it is remarkable. It is the most basic duty of a commander in chief to pursue the national interest above any other interest. The introduction of partisan considerations into strategic decisions merits a special contempt.
The largest problem is the president's own ambivalence. "This needs to be a plan about how we're going to hand it off and get out of Afghanistan," Obama is quoted as saying. During his campaign for president, Afghanistan was the good war, the war of necessity, the war that had been ignored but must be won. As president, Obama's overriding goal is retreat. "Everything we're doing has to be focused on how we're going to get to the point where we can reduce our footprint," Woodward quotes Obama as saying. There can be no "wiggle room." http://www.washingtonpost.com/wp-dyn/content/article/2010/09/23/AR2010092304743.html?hpid=opinionsbox1
------------------------------------------------------------------------------------------------------------

The Scotsman describes what happened at the UN in NYC:
United States delegation walked out of the UN speech of Iranian President Mahmoud Ahmadinejad last night after he said some in the world have speculated America was behind the 9/11 terror attacks, staged in an attempt to assure Israel's survival.
He did not explain the logic of that statement that was made as he attacked the US wars in Iraq and Afghanistan
The US delegation left the hall after Ahmadinejad said there were different theories about the 11 September , 2001, attacks:

That "powerful and complex terrorist group" penetrated US intelligence and defenses.

That some segments within the US government orchestrated the attack to reverse the declining American economy and its grips on the Middle East in order also to save the Zionist regime.

He said: "The majority of the American people as well as other nations and politicians agree with this view."