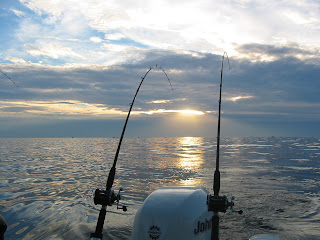 John Thune I voted today to strip a ridiculous requirement from the ObamaCare law requiring every business transaction over $600 to be reported to the IRS. The provision will drown small business owners in paperwork. Unfortunately the vote failed to get support from enough Democratic Senators to pass. We will keep working to change it.

Sen. Mike Johanns (R-Neb. slammed Section 9006 of the mammoth bill, which requires a "2,000 percent increase" in mandatory filings of 1099 tax forms for businesses, charities, state and local governments, and even churches. Johanns said Democrats stealthily slipped the onerous new requirements into the bill as an added source of revenue to help foot the overall legislation's multi-trillion dollar price tag, and did not consider the effect it would have on businesses across the country.

As the current law stands, starting in 2012, all organizations will be mandated to issue 1099 tax forms not only to contracted workers, but to any other group or business from which they purchase at least $600 worth of goods or services in a given year. They'll also be required to send a copy of each 1099 document to the IRS. Johanns called the entire process "punishing" to businesses and cited a July report from the IRS' independent taxpayer watchdog arm warning that Section 9006 "may impose significant burdens" that it labeled "disproportionate" and perhaps unenforceable.  [That ought to inspire businesses to hire new workers, right? - No, it won't.]  http://townhall.com/columnists/GuyBenson/2010/09/15/democrats_torpedo_repeal_of_harmful_obamacare_provision/page/full/

Michelle Obama, according to the wife of the French President, thinks being America’s First Lady is ‘hell’, Carla Bruni reveals today in a wildly indiscreet book.
The UK Daily Mail writes:
Miss Bruni divulges that Mrs Obama replied when asked about her position as the U.S. president’s wife: ‘Don’t ask! It’s hell. I can’t stand it!’
Details of the private conversation, which took place at the White House during an official visit by Nicolas Sarkozy last March, emerged in Carla And The Ambitious, a book written in collaboration with Miss Bruni.
Read more: http://www.dailymail.co.uk/news/worldnews/article-1312462/Michelle-Obama-thinks-First-Lady-hell-says-Carla-Bruni.html#ixzz0zhArplwo
------------------------------------------------------------------------------------------------------------
PHOENIX - Maricopa County Sheriff Joe Arpaio says he's still planning to build an armed volunteer posse to fight illegal immigration. Currently, unarmed volunteers help Arpaio with his immigration sweeps and crackdowns. But soon, Arpaio plans to build a volunteer posse that will be armed with weapons and gear. Their main job will be to enforce immigration and smuggling laws. http://www.myfoxphoenix.com/dpp/news/immigration/arpaio-crimesweep-posse-09152010
------------------------------------------------------------------------------------------------------------
Townhall and Dr. Paul Kengor revisit the wisdom of Milton Friedman, a fierce defender of the benefits of capitalism:
It has been almost 50 years since Milton Friedman, Nobel economist, released his classic, Capitalism and Freedom. The book has slowly slipped from my course syllabus, not to mention that of the political elite. And why not? What Friedman said is now obvious. Surely, Americans, given the indisputable superiority of the free market over the statist model, no longer needed reminding of the abject failures of socialism, collectivism, wealth distribution, prime-the-pump “stimulus” spending, Keynesian deficit spending, and other discredited policy prescriptions?
Well, after a century of examples of what works and what doesn’t, look at how America voted on November 4, 2008. As Ronald Reagan said, freedom is always a generation from extinction; it must be handed on again and again. The teaching process never ends.
So, I dusted off Friedman’s Capitalism and Freedom. To be sure, Friedman had his faults, particularly in monetary policy, but, generally, his thoughts on economic freedom and the dangers of collectivism and central planning are timeless—especially right now.
Thus, [now] the managers and planners are in charge, with their hands on the ship of state, seizing the resources that feed the most dynamic, prosperous engine that capitalism and freedom ever produced. The Invisible Hand has been waved off by the visible hands of the reformers. And they are spending us into oblivion. Not only did we hit unprecedented deficits in the first year of the Obama administration, but we’re at debt levels unseen since World War II. The record deficit left by George W. Bush suddenly looks desirable.
Interestingly, Milton Friedman offered this parting thought: He said that if these individuals ever actually gained the power they craved, they would ultimately “produce a collective state from which they would recoil in horror and of which they would be among the first victims.”
Are they recoiling in horror? I see no evidence. The planners and “stimulus” pushers seem to think the problem hasn’t been enough planning and stimulus . http://townhall.com/columnists/DrPaulKengor/2010/09/15/a_dose_of_capitalism_and_freedom