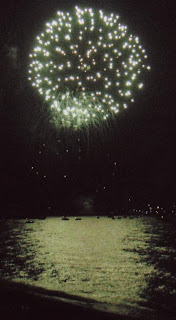 Expose Obama has written: Next Wednesday, Barack Obama is scheduled to address a United Nations summit calling for a “small global tax” on the U.S. economy and hundreds of millions more dollars in U.S. aid — and some of his advisers do not believe that is enough.
Obama will speak to the UN Summit on Millennium Development Goals, a global “anti-poverty” blueprint that calls for $845 billion in foreign aid from the U.S. before 2015. But the UN and several foreign nations will use next week’s conference to push for “small global taxes” on airline tickets and financial transactions that could net $30-$35 billion a year. The new UN tax will deposit the money collected from developed Western nations into a “Global Solidarity Fund,” which will then redistribute the funds to other nations. The president told the UN last year, “We have fully embraced the Millennium Development Goals.”

[Continuing this same item in the news, according to Canada Free Press]:  In an article in The Christian Science Monitor, under the headline, “Small global taxes would make a big difference for world’s ‘bottom billion,’” the foreign minister of France and other officials of foreign nations endorse various forms of “innovative development financing.” One of their proposals is a tax on international currency transactions that could generate $35 billion a year.
The proposal, popular at the United Nations for decades and long-advocated by Fidel Castro, is called the Tobin Tax and named after Yale University economist James Tobin. Steven Solomon, a former staff reporter at Forbes, said in his book, The Confidence Game, that such a proposal “might net some $13 trillion a year…” because it is based on taking a percentage of money from the trillions of dollars exchanged daily in global financial markets.
He is referring to the fact that once such a tax is in place, it could be easily raised to bring in hundreds of billions of dollars or more a year to the U.N. and other global institutions.
The term “small global taxes” brought a stunned reaction from Senator David Vitter, when he was told of what is being proposed in advance of the U.N. summit. Vitter introduced Senate resolution 461, “Expressing the sense of the Senate that Congress should reject any proposal for the creation of a system of global taxation and regulation,” to put the Senate on record against any such measure. He has vowed to maintain pressure on the world body to avoid implementing any of these schemes and thinks that the Congress has to use whatever financial leverage it has to frustrate U.N. demands for more power and authority in world affairs.
The Vitter resolution was sent to the liberal-controlled Senate Finance Committee, which declined to act on it.
Obama has been a major U.N. supporter since he was in the Senate and sponsored a bill, the Global Poverty Act (S 2433), to force U.S. compliance with the MDGs. Joseph Biden, then chairman of the Senate Foreign Relations Committee, tried to get it passed into law but ultimately failed. http://www.canadafreepress.com/index.php/article/27761
-------------------------------------------------------------------------------------------------------------
WOAI Radio in Texas reveals: The state of Texas today sued the U.S. Environmental Protection Agency in a federal appeals court in Washington DC, claiming four new regulations imposed by the EPA are based on the 'thoroughly discredited' findings of the Intergovernmental Panel on Climate Change and are 'factually flawed,' 1200 WOAI news reports.
Texas Attorney General Greg Abbott says the rules are illegal and if imposed, will cost Texans in higher energy costs and tens of thousands of lost jobs.
One of the rules imposed by the EPA would extend clean air regulations to the tailpipes of personal cars and trucks, but Abbott says the pollutants which the EPA aims to restrict by this rule aren't even found in internal combustion vehicles.
One of the rules, the so called 'Tailoring Rule,' would require that all Texas clean air regulations be 'tailored' to match federal rules by January 2, 2011, or the US EPA will impose it's rules on Texas.