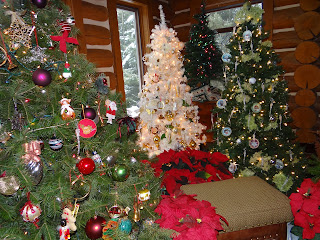 Clarkson: ‘It took us 40 years to get rid of him’
Prison Planet.com

This year marked the 20th anniversary of the Los Angeles riots, sparked by the acquittal of four Los Angeles Police Department officers accused of beating the now-deceased Rodney King. During the five days, mobs around Los Angeles looted stores, burnt 3,767 buildings, caused more than $1 billion in property damage, and led to the deaths of more than 50 people and left another 4,000 injured. A story that has been forgotten since then is that of the brave storeowners in Koreatown who fended off mobs with handguns, rifles and assault weapons.

On the second day of the riots, the police had abandoned much of Koreatown. Jay Rhee, a storeowner in the area, stated to The Los Angeles Times, “we have lost faith in the police.”

With the cops nowhere to be found, hundreds of people marauded through the streets towards Koreatown. The neighborhood suffered 45 percent of all the property damage and five fatalities of storeowners during the riots. Having had enough of waiting for police, Korean storeowners assembled into militias to protect themselves, their families, and businesses.

According to the Los Angeles Times, “From the rooftops of their supermarkets, a group of Koreans armed with shotguns and automatic weapons peered onto the smoky streets…Koreans have turned their pastel-colored mini-malls into fortresses against looters tide.”  https://www.facebook.com/supermom7972/posts/145591738923630

From a Facebook posting: "For centuries women have fought the notion that they are "things" used only for sex.  Then along came Barack Obama and Sandra Fluke."

City officials are expecting 600,000 to 800,000 visitors for the Jan. 21 inauguration, far less than the 1.8 million people who flooded the National Mall four years ago to witness the inauguration of America's first black president. ---- http://apnews.myway.com/article/20121226/DA3DBKE00.html

In a politically driven world that gets away with pretending that criminals and terrorists don’t exist but deceitfully brands innocent gun owners as criminals, thousands of New York citizens with handgun permits have had their names and addresses outed on an interactive map—still up—on The Journal News website, LoHud.com.

ABC News Commenter George Thompson’s wish seems to have come true after he posited: “How about a map of the editorial staff and publishers of Gannett and Journal News with names and addresses of their families”, in the comment section for a story about the Journal News’ interactive map carried by ABC News.

'We're in no position to confirm the veracity or origin of this,' she said. 'I think it is fair to say the conditions described in the letter certainly conform to what we know about conditions in re-education through labor camps.'
China's re-education through labor is a system of punishment that allows for detention without trial.
Masanjia labor camp is located in the industrialized capital of the Liaoning Province in northeast China.  [Now which democrat politician recently praised they way things are done in China? Oh, yes, it was Elizabeth Warren, praising Communist China as a Model for America in a campaign commercial from the Democratic candidate for U.S. ... We can put people to work right now doing the work that America needs done. ...  China invests 9% of its GDP in infrastructure. America? We’re at just 2.4%. We can do better.”]

He single-handedly delivered the swing vote to approve Obamacare and perhaps even crushed the American health system that has been the envy of the world.
WND has selected U.S. Supreme Court Chief Justice John Roberts Jr. for its first-ever Benedict Arnold Award.
“There are lots of bad guys out there who would qualify as ‘Villain of the Year,’ but precious few candidates for the ‘Benedict Arnold Award,’” explained WND Vice President and Managing Editor David Kupelian. “Benedict Arnold, after all, was a good guy; he was an American general in the Revolutionary War who fought valiantly on behalf of the Continental Army – that is, until, for reasons yet unknown, he defected to the British side and betrayed the cause he had formerly served.”
Kupelian added, “That pretty much describes Justice Roberts, who gained the enthusiastic support of conservatives and other Constitution-lovers by virtue of his earlier rulings and judicial temperament, and yet betrayed that trust in a devastating way. And we still don’t know why he did it.”