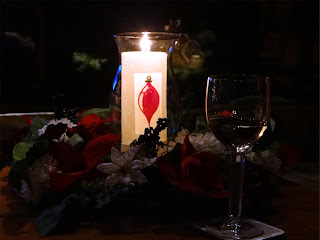 "All propaganda has to be popular and has to accommodate itself to the comprehension of the least intelligent of those whom it seeks to reach."

“According to my source, there is talk among the highest levels of the uppermost echelon of the Department of Homeland Security, which he describes as effectively under the control of Barack Hussein Obama. During this call, he said that the DHS is actively preparing for massive social unrest inside the United States. [Do you recall the enormous number of bullets recently ordered by DHS and the IRS?] He then corrected himself, stating that “a civil war” is the more appropriate term. Certain elements of the government are not only expecting and preparing for it, they are actually facilitating it,” stated my source. (CFP May 8, 2012).  This CFP article is fascinating and includes the following: “The DHS takes their marching orders from the Obama administration, from Obama himself, but mostly from his un-appointed czars. And Jarrett, especially Valerie Jarrett. Don’t think for a minute that the administration is doing anything to stabilize events in the U.S. They are revolutionaries, and revolutionaries thrive on chaos,” he added.


Hagmann’s article went viral but as we all know last month saw the reelection of the man who would bring America into another Civil War.
Straight out of the Hagmann article came a warning that talk among the highest levels of the uppermost echelon of the Department of Homeland Security pointed to a coming “civil war”.

That Civil War was catapaulted to lead story position on the Drudge Report today.
“This is not a drill.  It’s the real thing,” Hagmann told Alex Jones on his radio show today.
Darkness is descending on America.
Historians will record December 27, 2012 as the day freedom died in ‘The Land of the Free’.
http://www.canadafreepress.com/index.php/article/52037