Obama's unbalanced approach; Obamacare still has a Constitutional issue; Effects of Obamacare on employers and employees; The Medicaid argument for states; Greedy rich Susan Rice?; What Obama voters won; Obama's FEMA a failure after all; and more 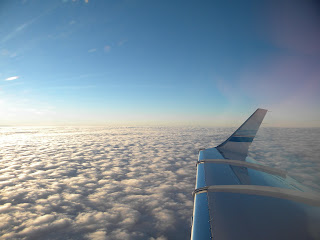 
The Pacific Legal Foundation is challenging the individual mandate, which originated in the Senate, even though the Constitution requires that tax measures originate in the House.

Walmart declined to disclose how many of its roughly 1.4 million U.S. workers are vulnerable to losing medical insurance under its new policy. …

Labor and health care experts portrayed Walmart’s decision to exclude workers from its medical plans as an attempt to limit costs while taking advantage of the national health care reform known as Obamacare. Among the key features of Obamacare is an expansion of Medicaid, the taxpayer-financed health insurance program for poor people. Many of the Walmart workers who might be dropped from the company’s health care plans earn so little that they would qualify for the expanded Medicaid program, these experts said.

Remember how Obama's big ObamaCare sell was, "You get to keep the health insurance you have"?

[Here is the argument against accepting Obama's Medicaid expansion]: Turn it down, and governors risk coming off as callous toward their neediest residents. Not to mention the likely second-guessing for walking away from a pot of federal dollars estimated at nearly $1 trillion nationally over a decade.
If the Obama administration were to compromise, say by sweetening the offer to woo a reluctant state, it would face immediate demands from 49 others for similar deals that could run up the tab by tens of billions of dollars.
As state legislatures look ahead to their 2013 sessions, the calculating and the lobbying have already begun.
Conservative opponents of the health care law are leaning on lawmakers to turn down the Medicaid money. Hospitals, doctors’ groups, advocates for the poor and some business associations are pressing them to accept it.
“Here’s the big thing: The state does not want to expand Medicaid and get stuck with the bill,” said Dr. Bill Hazel, Virginia’s health secretary. “Our legislators do not like to raise taxes to pay for a benefit someone else has promised. The concerns we have ... are around federal solvency and the ability of the federal government to meet its commitment.” http://www.postandcourier.com/article/20121203/PC05/121209842/1177/brinksmanship-on-obama-medicaid-expansion-for-poor
-----------------------------------------------------------------------------------------------------------

Susan Rice’s Enrichment Program, Cont. [Or - does this make her as greedy and rich as Mitt Romney?  However, she even has a large investment with a company which does business with Iran.  She is worth more than $23 million.]

Obama voters, you won a president who is still campaigning, so he can keep using the lapdog mainstream media to tell you what he wants you to believe instead of telling you the truth. Strip away your preconceived notions about media channels that Obama told you not to watch, and you just might learn something. http://www.caintv.com/obama-voters-you-won-heres-you
------------------------------------------------------------------------------------------------------------
Dozens of residents are still living without heat, hot water, or electricity in condemned structures flooded by both sea and sewer water in the Gerritsen Beach community of Brooklyn after a request to FEMA for temporary housing after Hurricane Sandy was denied.
“We need structures and housing. It is truly desperate,” said Jameson Wells, executive assistant to the director of GB Cares Sandy Relief, a volunteer relief organization. FEMA has said they did not have appropriate trailers.
“They told us they were unavailable because they are unheated and not insulated,” Wells said.
However, around 92 FEMA trailers are sitting idle and unused 145 miles away in Pennsylvania, the Free Beacon has found. Two employees from different companies located near the trailers’ location on Route 315 in Plains Township, Pa., confirmed the trailers were there. http://freebeacon.com/flailing-fema/
Senator Rand Paul, speaking before the Senate on Wednesday said: (And these are not my words.....)“If you don't have a right to trial by jury, you do not have due process. You do not have a Constitution. What are you fighting against and for if you throw the Constitution out? When zealots of the government arrest suspects or radicals without warrants, hold them without trial, deny them access to counsel or admission of bail, we have shorn the Bill of Rights of its sanctity.”