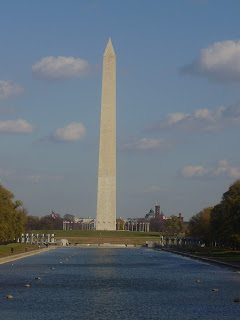 Combined with the rising cost of Obamacare, which is already forcing many US businesses to shed jobs, this will have a disastrous effect on the US economy. Small businesses will be especially hard hit, with large numbers of small business owners caught in the new tax bracket. Even the White House itself admits that more than 600,000 small businesses will be slammed hard by the new tax hike (hat tip: Keith Koffler). Other estimates, based on Treasury Department figures, suggest that up to 1.2 million businesses could be affected, threatening more than a million jobs.  http://blogs.telegraph.co.uk/news/nilegardiner/100191962/britains-millionaire-exodus-is-a-wake-up-call-to-barack-obamas-high-tax-america/

And, no list of Obamacare lawsuits would be complete without mentioning the Oklahoma lawsuit challenging the illegal IRS rule by which the Obama administration will attempt to funnel tax credits and subsidies through federally-created exchanges, despite the law's stipulation that such premium-assistance can only be offered via state-run exchanges. This litigation is, in many ways, the most important of all the lawsuits. Without its insurance exchanges, and the accompanying subsidies, Obamacare will crash and burn.- http://spectator.org/archives/2012/11/30/could-obamacare-go-the-way-of


[Please be advised: these are not my words, but those of the webmaster listed below.]  Thank you to all who followed up and contacted legislators last night and this morning. Over 700 emails were sent in! Your communication helped us defeat the Obama Health Insurance Exchanges in the Health Policy Committee this morning. The count was 5-YES, 9-NO, and 2-PASS. Not sure how each member voted but will update you later. Based on the content of the Speaker's Press Release, it sounds like he is not going to revisit the issue!

Here is the text of a Press Release the Speaker just sent out:

LANSING - Speaker of the House Jase Bolger, R-Marshall, issued the following statement regarding this morning's Health Policy Committee vote on a state-run health exchange:"The committee apparently was not able to get the answers to key questions or receive assurances about major concerns regarding costs for Michigan taxpayers, the ability to adopt a model the federal government wouldn't ultimately control or the ability to protect religious freedom for Michigan citizens. Because the committee could not be assured that a state exchange was the best way to protect Michigan's citizens, it is understandable why they did not approve the bill."  http://myemail.constantcontact.com/UPDATE--Exchanges-Voted-Down-in-Committee-This-Morning.html?soid=1101981946662&aid=q7-ggy0YpSU

For 40 years the party’s principal sources of energy and money — liberal activists, government-employees unions — have advocated expanding government’s domestic reach by raising taxes and contracting its foreign reach by cutting defense. Obama’s four years as one of the most liberal senators and his four presidential years indicate that he agrees. Like other occasionally numerate but prudently reticent liberals, he surely understands that the entitlement state he favors requires raising taxes on the cohort that has most of the nation’s money — the middle class.
http://www.washingtonpost.com/opinions/george-will-a-cliff-of-democrats-choosing/2012/11/28/0320513c-38ce-11e2-8a97-363b0f9a0ab3_story.html
More on this debate:  http://www.washingtonpost.com/opinions/ruth-marcus-teetering-over-the-fiscal-cliff/2012/11/27/c2ff84b2-38d0-11e2-b01f-5f55b193f58f_story.html

The president once again avoided the term “tax rate” in his latest round of fiscal-cliff comments. He basically said, Let’s get this done before Christmas in a fair and balanced way. But what is balance? Another key point: Mr. Obama never mentioned spending cuts. Never. Not once. Yet Mr. Boehner has argued that the Republican revenue concession depends on some entitlement cuts as well as other spending reductions that would make up the trillion dollars or so in the across-the-board sequestration plan that appears to have been junked by both parties.  http://www.nationalreview.com/articles/334312/herbert-hoover-obama-larry-kudlow

In remarks on the Senate floor today, Alabama senator Jeff Sessions blasted President Barack Obama and congressional leadership for holding "secret" fiscal cliff negotiations. The Alabama senator insisted Obama is not serious about cutting spending--or cutting government waste. “In fact, the President is giving speeches calling for even more spending. On Tuesday, he gave a speech in which he said he wants to use the tax hikes to ‘invest in training, education, science, and research.’ Investment, of course, is just code for spending.”   http://www.weeklystandard.com/blogs/senator-blasts-secret-fiscal-cliff-negotations_664187.html

This nation is living on the residue of the economic growth begun in the 1950's and accelerated in the 1980's. That tidal wave of prosperity has ebbed. The United States has entered into a death spiral of unrestrained spending, excessive taxation, printing near worthless money, and stagnant economic activity.  Rather than be straightforward with the populace, the governing class is content to paper over the problem by the usual shell games of phony long-term spending cuts, more borrowing, and prevarications about the efficacy of raising taxes on "the rich."
Read more: http://www.americanthinker.com/2012/11/the_governing_class_and_the_decline_of_america.html#ixzz2DhdOH95W

More than two months after an Islamist attack on the American consulate in Benghazi that left four Americans dead, including US Ambassador to Libya Chris Stevens, we still don’t know what really happened that night — and, thanks to a secretive White House and an incurious Washington press corps, we probably never will. Not officially, that is.  (snip)  But unless this country has completely gone to the dogs, it’s inconceivable to me that a majority can stomach the notion that four Americans were murdered on sovereign American territory while the president of the United States took note, then rolled over and went to bed before flying to Las Vegas on a campaign swing, secure in the knowledge that the truth would never come out because it didn’t fit his media protectors’ beloved “narrative” that GM was alive and Osama bin Laden was dead.  http://www.nationalreview.com/corner/334325/benghazi-blowback-michael-walsh#
The president’s insistence that Rice is, in essence, “his girl” and, therefore, untouchable, is uncharacteristically quaint and flies in the face of every feminist in the country. So much so, in fact, that left-leaning Washington analyst and columnist Kirsten Powers recently called Obama’s defense of Rice, “silly, sexist and paternalistic.” It seems Powers has given up the Kool-Aid, because she went on to pen: “Imagine George Bush saying that people criticized John Bolton because he was an ‘easy target.’ He wouldn’t.”  Why did Rice and Secretary of State Hillary Clinton ignore the State Department’s e-mail (leaked by Reuters) sent at 6:07 p.m. on September 11 crediting Anasar al-Sharia, a radical Islamist militia, with the consulate attack?
Read more: http://www.politico.com/story/2012/11/84348.html#ixzz2DesVX7BM

Rice has the highest net worth of executive branch members, with a fortune estimated between $24 to $44 million, according to the Center for Responsive Politics. A Free Beacon analysis of Rice’s portfolio shows thousands of dollars invested in at least three separate companies cited by lawmakers on Capitol Hill for doing business in Iran’s oil and gas sector.  “That Susan Rice invested in companies doing business in Iran shows either the Obama administration’s lack of seriousness regarding Iran or Rice’s own immorality,” said Michael Rubin, a former Pentagon adviser on Iran and Iraq. “Either way, her actions undercut her ability to demand our allies unity on Iran.” http://freebeacon.com/susan-rices-enrichment-program/
Here’s a perplexing pair of statistics: Compared with native-born Americans, immigrants are more likely to start a business — and they’re also more likely to depend on welfare. (snip)  Senator Jeff Sessions (R., Ala.), crunched numbers from the Department of Agriculture and found that the number of non-citizens on food stamps has risen to 1.634 million, roughly quadrupling since 2001. Moreover, in August, the Center for Immigration Studies found that 36 percent of immigrant-headed households received at least one major welfare benefit. Food assistance and Medicaid have become especially popular among immigrants.  http://www.nationalreview.com/articles/334337/immigrant-welfare-new-colossus-jillian-kay-melchior
Simply, under the terms of the order, the RNC cannot engage in ballot security efforts to combat voter fraud. This is part of the larger pattern of conservatives simply not understanding the way the left has manipulated the Machine.  Read my piece at Front Page for more warnings about the state of play. http://frontpagemag.com/2011/j-christian-adams/the-left-owns-the-election-law-industry/
http://pjmedia.com/jchristianadams/2012/11/29/no-virginia-the-rnc-cannot-monitor-polls-for-ballot-security/
Our culture now revolves around victims, and it long past time that the GOP exploited the favorite technique of the left. It is time to call hard working Americans an "endangered species."
Read more: http://www.americanthinker.com/blog/2012/11/work_is_for_suckers.html#ixzz2DhlYdk2M
(this is a sad example of how much control our government has over our welfare) The Drakes Bay Oyster Company has been in a seven-year fight with the federal government and environmental groups over whether it’s 40-year lease would be renewed this week. The Lunny family, which owns the oyster farm, was among a group of families that sold their ranch lands to the National Parks Service in the 1970s to protect them from developers, with the understanding they would get 40-year-leases renewed in perpetuity. After buying and operating the oyster farm without incident— they were even featured as outstanding environmental stewards by the National Parks Service— the Lunnys learned in 2005 they were accused of bringing environmental damage to an area the NPS and environmentalists were anxious to designate as the nation’s first federally recognized marine wilderness.   http://hotair.com/archives/2012/11/29/video-feds-shut-down-100-year-old-oyster-company-destroys-some-lives-and-dreams/

The tax protection that 401(k)s have now can be wiped out by grasping politicians who refuse to do what's right, which is to severely cut spending.
The war on retirement, particularly 401(k)s, is quiet now. But that's because it's a cold war.   A website set up by the ASPPA advises account holders to tell lawmakers to "keep their hands off your retirement savings" and explains that "Congress needs to reduce the deficit, and part of deficit reduction will most likely be 'tax reform' that increases tax revenue" — the strong suggestion being that Washington is coming after Americans' 401(k)s.
Read More At IBD: http://news.investors.com/ibd-editorials/112812-634984-401k-on-the-table-for-fiscal-cliff.htm#ixzz2Dhzx4JVU

He's financially backed small business owners so they can get up and running, and has funded students' college educations through scholarship programs. And starting on January 1, he's leaving his stores to his employees. Though he could have turned a larger profit by selling to a chain, the store-owner said it wouldn’t be right not to share his wealth with those who had helped him the most.
'My employees are largely responsible for any success I've had, and they deserve to get some of the benefits of that,' he told the paper. 'You can't always take. You also have to give back.' (hmmmm…..fiscal cliff??)
Read more: http://www.dailymail.co.uk/news/article-2239883/Retiring-grocery-store-owner-70-gives-supermarkets-employees-travel-wife.html#ixzz2DemZEG45
Follow us: @MailOnline on Twitter | DailyMail on Facebook