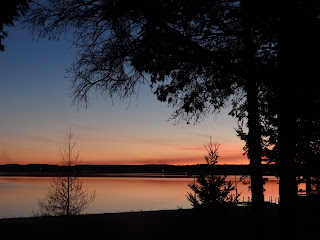 Ready to fly out of Los Angeles Wednesday to get to your family before Thanksgiving? Not so fast. Los Angeles’ labor unions have decided to protest on Thanksgiving Eve – one of the busiest travel days of the year – to snarl traffic around Los Angeles International Airport (LAX). President Obama’s favorite union, the Service Employees International Union, is spearheading the obnoxious effort; it’s supposed to last from 11 a.m to 4 p.m., virtually the entire day. The LAPD says that travellers should arrive 90 minutes earlier than usual. LAX already advises people to arrive two hours in advance. http://www.breitbart.com/Big-Government/2012/11/20/Thanksgiving-LAX-shutdown-union

In an inspiring example of Union Fail, the planned union walkout on Walmart during Black Friday led off with a one-employee walkout at a Walmart in St. Cloud, Florida on Wednesday. http://www.breitbart.com/Big-Government/2012/11/22/union-black-friday-walmart-fail

Fresh off his reelection, President Barack Obama is asking his supporters to complete a survey that asks the people being polled to check off which “constituency groups” they identify with – there are 22 groups listed but not one for “whites” or “men.”

The post-election survey, distributed through www.barackobama.com to “take this organization forward,” includes the question, “Which constituency groups do you identify yourself with? Select all that apply.” It then lists 22 groups.
Other “constituency groups” include “Educators,” “Environmentalists,” “Labor,” “Students,” “People with disabilities,” and “Youth.”


Clinton’s peacemaking trip is Obama’s clearest signal yet to Israel that it should begin to pull back its campaign against militants in the Gaza Strip. The administration knows that with Clinton on the ground trying to resolve the crisis, it will be harder for Netanyahu to make good on his threat to invade Gaza. Speaking in Green Bay, Wisconsin this afternoon, President Obama reminded voters that if Mitt Romney was president, he would “rubberstamp the Tea Party’s agenda.”

Ruling out compromise by pledging to rubberstamp the Tea Party’s agenda as President — that’s definitely not change,” Obama said. “In fact, that’s exactly the attitude in Washington that needs to go.”