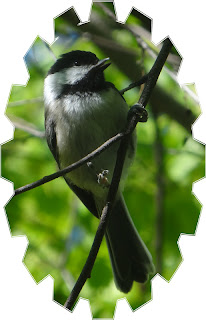 *[THIS IS HOW DICTATORS WORK: OBAMA MAKES AN OFFER DEFENSE CONTRACTORS CAN'T REFUSE, ALL WITH THE STROKE OF HIS PEN, as it is the LAW that a 6 weeks notice must be given concerning lay-offs.  However, that would make it happen BEFORE the election, and he can't have that.] The Obama administration issued new guidance intended for defense contractors Friday afternoon, reiterating the administration’s position that the companies should not be issuing layoff notices over sequestration.
The Labor Department issued guidance in July saying it would be “inappropriate” for contractors to issue notices of potential layoffs tied to sequestration cuts. But a few contractors, most notably Lockheed Martin, said they still were considering whether to issue the notices — which would be sent out just days before the November election.
But the Friday guidance from the Office of Management and Budget raised the stakes in the dispute, telling contractors that they would be compensated for legal costs if layoffs occur due to contract cancellations under sequestration — but only if the contractors follow the Labor guidance. [This pushes the cost of the lay-offs onto the taxpayers.  But at least this is not a new tax, for Obama promised no new taxes, didn't he?]
http://thehill.com/blogs/defcon-hill/industry/259305-omb-tells-contractors-once-again-dont-issue-layoff-notices
---------------------------------------------------------------------------------------------------------
For over forty years now, the Watergate scandal — the June 1972 break-in at the Democratic National Committee headquarters and the subsequent cover-up by the Nixon administration — has been the sine qua non of American political malfeasance. It has been followed by myriad other “gates” affecting both parties but has never been superseded.
Until now.
Benghazi or Benghazigate, as some call it, is worse. Far worse. Incomparably worse.
Watergate caught numerous public officials lying, including the president of the United States, but Benghazigate has all that and more.
It involves the terrorist murder (not an electorally irrelevant burglary) of government officials, their reckless endangerment, the undermining of the Bill of Rights and free speech by our own administration in response to Islamist threats, and, ultimately, the complicity of that same administration, consciously or unconsciously, in the downfall of Western civilization.
Meanwhile, the mainstream media function as their more-than-willing accomplices in this downfall, in essence as Obama’s court eunuchs.
Not to mention Democratic pundit Kirsten Powers:


There are so many unanswered questions, not just about Libya, but also about Cairo. Who is it that Rice thinks “widely disseminated” this “movie?” Surely she can’t believe that the Egyptian Coptic Christian who made the video had the capacity or even desire to put it in the hands of the people who did the inciting. Also, has the administration noticed that the mob in Cairo, so spontaneously upset about the video, just happened to be carrying an Islamist flag to hoist over our embassy? On 9/11. What a massive coincidence…. They say curiosity killed the cat. In this case, lack of curiosity on the part of the American media very well may kill more Americans. (h/t: Hot Air)

http://pjmedia.com/rogerlsimon/2012/09/29/benghazi-worse-than-watergate/?singlepage=true
-----------------------------------------------------------------------------------------------------------------------------------The administration's reaction to what went on in Libya is not a surprise, as reliance on prevarications and the attendant dishonesty is part and parcel of Obama's normal behavior.  There rarely has been a speech or an off the cuff comment since he entered the national stage that does not contain some deliberate or insinuated falsehood.  This tendency is exemplified in his recent interview with Univision wherein Obama lied about why he never introduced immigration reform and when the ill-fated Fast and Furious program was raised, he began blaming the Republicans and George Bush respectively.
There is now a near universal mistrust of Obama among world leaders as well as many members of Congress who candidly admit they cannot deal with Barack Obama, as he has proven himself to be untrustworthy and unbelievable -- particularly as he refuses to accept any responsibility for the outcome of his actions and policies.  The diminished status of the United States around the globe and the greatly eroded standard of living for the vast majority of Americans are testament to these character flaws.


Ohio is not alone. An August study by the left-leaning think tank Third Way showed that the Democratic voter registration decline in eight key swing states outnumbered the Republican decline by a 10-to-one ratio. In Florida, Democratic registration is down 4.9 percent, in Iowa down 9.5 percent. And in New Hampshire, it’s down 19.7 percent. http://www.commentarymagazine.com/2012/09/30/obama-poll-surge-doesnt-jive-with-democrats-registration-decline/

Hundreds of angry Muslims threw chunks of concrete and eggs at a team of Christians, spraying them with urine and cursing at them – all while police stood by and then threatened the victims with “disorderly conduct.” [Just where did this happen?  Dearborn, Michigan.....]