My debut on HuffPostlive; Obama lost the debate - here are some comments from the media; Young Barack shows up on video; Obama describes racist, zero-sum society; Obama scrubs Communist mentor from audio books; How low can they go?; Yes, the middle class HAS been buried, Joe; Dems lie again, on Romney tax hikes 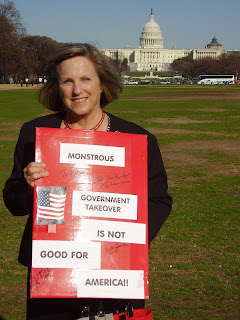 First, most pollsters are missing one ingredient- common sense. Here is my gut instinct.  Not one American who voted for McCain 4 years ago will switch to Obama.  Not one in all the land.  But many millions of people who voted for an unknown Obama 4 years ago are angry, disillusioned, turned off, or scared about the future.  Voters know Obama now- and that is a bad harbinger.

Now to an analysis of the voting blocks that matter in U.S. politics:

**Black voters.  Obama has nowhere to go but down among this group.  His endorsement of gay marriage has alienated many black church-going Christians.  He may get 88% of their vote instead of the 96% he got in 2008.  This is not good news for Obama. http://townhall.com/columnists/wayneallynroot/2012/05/30/why_obama_will_lose_in_a_landslide/page/full/

On Tuesday, Vice President Joe Biden said the middle class has ‘‘been buried the last four years.’’ Taxpayers agree.
The following are the top five tax increases on the middle class signed into law by the Obama-Biden administration:
1. The Obamacare Individual Mandate Non-Compliance Tax:
2. The Obamacare Tax on Union Member and Early Retiree Health Insurance Plans:
Obamacare imposes a new 40 percent excise tax on high cost or “Cadillac” health insurance plans, effective in 2018. This tax increase will most directly affect union families and early retirees, who are likely to be covered by such plans.  This Obamacare tax will be levied on insurance policies whose premiums exceed $10,200 for an individual and $27,500 for a family.  Middle class union members tend to be covered by such plans in states like Ohio, Pennsylvania, Wisconsin, and Michigan.
3. The Obamacare Flexible Spending Account Tax – a.k.a. “Special Needs Kids Tax”:
4. The Obamacare Medicine Cabinet Tax:
This $20 billion Obamacare tax increase prevents Americans from being able to use their pre-tax health accounts to purchase non-prescription, over-the-counter medicines.
The Obamacare Medicine Cabinet tax prevents these tens of millions of middle class families from being able to purchase everyday medicines using these accounts. Examples of items no longer able to be purchased with pre-tax dollars without a prescription include pain relievers, cold and flu medicines, antacids, nasal sprays, and children’s vitamins. 5. The Obamacare High Medical Bills Tax: