Groups who should not be voting for Barack Obama - Part I; Defending our Ambassadors, or not; "This is not what the election is all about" 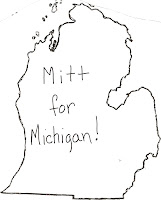 Those who may not be voting for Barack Obama - Part I

1)    The religious – over the issues of same sex marriage (including the declaration to not defend the Defense of Marriage Act which Obama  signed into law), and being forced to provide birth control, abortifacients, partial birth abortions and abortions against the beliefs of their religion
2)    Free market capitalists who think they DID build that; who took risks, worked long hours, did without and hired employees in order to build their businesses
3)    Coal Industry – for regulations which are, as Obama said they would,  putting them out of business, ending employment for tens of thousands
4)    Gas and Oil industries – for killing the Keystone Pipeline; for Obama’s preference to buy our oil from our enemies; and for encouraging Canada to sell its oil to China, from whom we will then buy it
5)    The military – for Obama’s taking the credit for the killing of Osama Bin Laden and then divulging intimate details of the operation, thereby endangering the lives of military and their families, and our allies.  They heard their President, who claims to love the military, call a corpsman a CORPSE MAN.  For not allowing our military in Afghanistan (who were training Afhanis as police) to carry a weapon – as a show of trust.  That trust was betrayed when the armed Afghanis killed 14 of our unarmed soldiers, so far
6)  The military, for watching as this President allowed the Benghazi Embassy to be downsized in security, failed to send in support while it was under attack, who then lied to the American people about what caused the attack, who has not yet held a Press Conference about this Act of War, and who was insincere with the families of the slain.
7)    Jewish Americans – who see this President harming our relationship with Israel while befriending the Palestinians
8)    Those who are now unemployed for much longer than in many decades.  The unemployment rate may be around 8%, but the real unemployed number (which includes those who have just stopped looking) is around 15%.  Young people, women and African Americans are particularly affected, with unemployment of 15% and up.  Workforce numbers are at historic lows
10)    Seniors – who will watch $760 billion taken from Medicare in order to be used to support health care for younger people.  The plan is to reduce payments to doctors for care, resulting in doctors refusing to see Medicare patients and/or simply retiring, while some hospitals will be forced to close
11)    Those who are disgusted that during his two years with a Democrat Senate and House Obama failed to even put forth a bill rewriting our immigration laws as he promised he would
12)    Young people – who are having to live at home with their parents in increasing numbers as they remain unemployed, and who believe they will never be the beneficiaries of a bankrupt Medicare or Social Security program.  They also know that as they are looking for employment, President Obama, with the stroke of his pen, gave work permits to up to 1.5million illegals, putting them in direct competition with our citizens
13)    Those who for whatever reason don’t want to buy health insurance and are   angry about having to then be taxed for not doing so
14)   Those who understand that rapidly ballooning deficits will force Americans in the future to have much higher income taxes
15)     Adults who have lost their homes, and those who have lost 40% of their net worth since Obama was inaugurated
16)     Those who prefer to use our corn crops for feeding people worldwide instead of using 40% of it to make ethanol – a flawed product
17)     Those who believe it is wrong to condemn waterboarding and then devise a President’s weekly “kill list” of those people our President believes the military should kill by drones each week
17)     Americans who are forced into unions and forced to pay union dues, which then goes to get more Democrats elected
18)   Those who are against the Affordable Health Care Act because they understand that our government should not control that 17% of our economy; because they know that it is not cost efficient as promised; because it will lead to rationing of care; and because market driven solutions have yet to be tried
18)     Those who believe that our Justice Department should uphold the laws of our land against black as well as against white citizens, and those angry that the Obama Administration’s Eric Holder quickly stopped the prosecution of the New Black Panthers for intimidating voters in Philadelphia during the 2008 election.
19)  Those who believe Obama is debasing the office of the President of the United States.  It is not presidential to tell a child that his opponent is a bullsh--ter; to instruct his supporters to "get in their faces" when arguing with the opposition; to state he wants "to know whose ass to kick"; to say that "if they bring a knife to the fight, we'll bring a gun; to say during this campaign that Mitt Romney is no g----d---- war hero; to run a campaign ad comparing a girl's first vote for President to be just like a girl's first time for sex; to ask brides to ask for campaign donations to Obama in lieu of bridal gifts; to have his vice President ask the parents of one recently killed in Benghazi if their sons balls were always the size of cue balls; to have his feet constantly on our furniture in the White House; and to be constantly lying to the American people.  After all, it was the President himself who arrogantly stated, "We are the ones we have been waiting for." 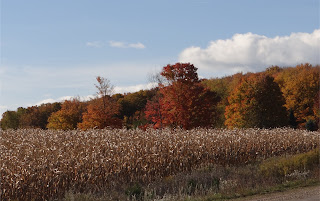 Want to know more about this President and his chosen Administration?  Barack Obama recently told a Denver interviewer, when asked about his part in the Benghazi terrorist attack: "This is not what this election is all about". Really??  http://abcnews.go.com/blogs/politics/2012/10/president-obama-begs-off-answering-whether-americans-in-benghazi-were-denied-requests-for-help/

Just try to imagine that the Ambassador or the SEAL being your son when you read what Fox News' Jennifer Griffin has learned:  Woods (one of the Navy SEALS) and at least two others ignored those orders and made their way to the Consulate which at that point was on fire. Shots were exchanged. The quick reaction force from the CIA annex evacuated those who remained at the Consulate and Sean Smith, who had been killed in the initial attack. They could not find the ambassador and returned to the CIA annex at about midnight. 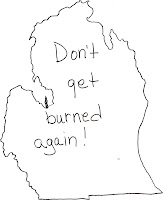 At that point, they called again for military support and help because they were taking fire at the CIA safe house, or annex. The request was denied. There were no communications problems at the annex, according those present at the compound. The team was in constant radio contact with their headquarters. In fact, at least one member of the team was on the roof of the annex manning a heavy machine gun when mortars were fired at the CIA compound. The security officer had a laser on the target that was firing and repeatedly requested back-up support from a Spectre gunship, which is commonly used by U.S. Special Operations forces to provide support to Special Operations teams on the ground involved in intense firefights. The fighting at the CIA annex went on for more than four hours -- enough time for any planes based in Sigonella Air base, just 480 miles away, to arrive. Fox News has also learned that two separate Tier One Special operations forces were told to wait, among them Delta Force operators[.]
The following are not my words, but they sure are my sentiments:
Stand Down, Obama and your administration.  All of you. Stand Down. You've failed to carry out your responsibilities of office. You treated American lives, including that of an ambassador -- the official representative of your country -- with utter disregard for their safety. You've lied to us about this tragedy so many times and in so many ways you can no longer credibly lead. You're crass and vulgar and without regard for truth, law or common decency and deserve to be drummed out of office.