"Dreams From My Real Father"; EPA rules on coal and gasoline; Romney against redistribution; No press coverage of Sebelius breaking the law; Dems showed Turkish airplanes; The end of our 2nd Amendment; The truth on Benghazi raid; France to close 20 embassies; USA agency told to leave Russia; The silence of O 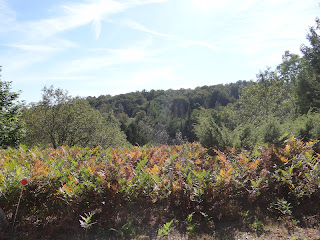 Earlier this month, “Dreams From My Real Father” director Joel Gilbert appeared at the National Press Club in Washington, DC to talk about his documentary.  [He says that The Journalists' Creed demands a full measure of responsibility to the public, that suppression of the news is indefensible.  The mainstream media will not cover this film....  Even Newsmax wants to "move to the center, and refused to run an ad about this movie.  World Net Daily and USA Survival and few others have been doing their job.]
http://www.westernjournalism.com/anti-obama-film-director-at-national-press-club/
-----------------------------------------------------------------------------------------------------------
Congressional Republicans are turning up the heat this week in an effort to head off EPA regulations and stop the Obama administration’s “war on coal,” voting on a package of five bills that would curb EPA regulatory authority and environmental rules.
“Affordable energy is critical for our nation’s economic future,” said Kansas Republican Rep. Mike Pompeo, one of the leading critics of President Obama’s coal policies.

The Democratic Party’s national convention in Charlotte, N.C., may have doubled down on insulting the U.S. military community.
The Democratic National Committee has already apologized for using a photo of four Soviet-era Russian warships in a giant stage backdrop intended to illustrate the party’s support for military personnel and veterans.
That huge image, visible in the Time Warner Cable Arena during speeches by Massachusetts Sen. John Kerry and retired Admiral John B. Nathman, also depicted a synchronized formation of jet aircraft that convention-goers assumed were American fighter planes.
But the F-5 fighter planes in the photo are part of the air force of Turkey, a nation whose government is now jailing journalists and establishing Islam as a state religion.


France announced Wednesday it will close 20 embassies across the Muslim world on Friday after French weekly Charlie Hebdo published cartoons of the Prophet Mohammed naked, amid growing unrest over an anti-Islamic film that has left dozens dead. http://www.france24.com/en/20120919-naked-mohammed-cartoons-fuel-muslim-outcry-france-charlie-hebdo-french-paper