Obama data mining; Cory Booker "dead to us"; "vicious people working for President"; A shift in mood about unions; NJ Judge rules nothing more than 1000 votes required to run for President; Voter fraud in Racine; "The private sector is doing fine", says Obama; Donations drying up; Camels & chickens for Obama & Clinton; Afghanistan questions relationship with US; Eric Holder - trust him?; We'll have no "God Bless America"; Case will proceed against Maxine Waters; They will decimate us; Google and Apple have eyes in our skies

Obama campaign's data mining 'reaches far beyond anything politics has ever seen'...  http://www.politico.com/news/stories/0612/77213.html- 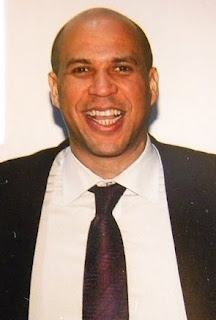 It’s bye-bye, Beltway for Cory Booker.
Newark’s mayor, who was gunning for a spot in President Obama’s Cabinet, lost the chance after he shot his mouth off during a blunderingly honest TV appearance last month, sources told The Post.
“He’s dead to us,” one ranking administration official said of the prevailing feelings at the White House and Obama headquarters in Chicago.
Booker had been angling for the housing secretary gig in a second Obama term, according to sources in the administration and close to the mayor.
The job was certainly a possibility, given Booker’s work in New Jersey’s biggest city, according to administration and Democratic Party sources.


Lanny Davis Goes Off On Obama Aides: “You Have Vicious People Who Are Working For The President”

[Voter fraud?  What voter fraud??] Breitbart News has now discovered evidence that residents were enticed to vote in exchange for a free meal.
A Racine resident emailed the following .pdf document showing that residents were invited to the Changing Lives Ministry for a breakfast last Friday morning prior to Election Day--and then provided buses to and from City Hall to cast early ballots.
Breitbart News has also received video (included below) from a resident of Racine showing ballot boxes open and ballots being shuffled around and dropped on the floor. Our source informed me that while he was waiting in line to vote at the 6th District 13th & 14th Ward polling place, located at the 1409 State St. Transit Center, he noticed ballots going into the machines and coming right back out, rather than remaining inside the machines. He also noticed one of the ballot boxes being opened after reportedly being jammed.
Our source added that the ballot box was jammed at ballot number 671, opened up, and then cleared out. He says he saw at least three ballots being torn out of the machine and ripped in half to clear the jam. A new machine was brought in to replace it--and, according to our source, that machine machine was also at ballot number 671, rather than starting from scratch at number 1. Our source only saw a few ballots in the original box, and said that it did not look like there were over six hundred ballots ever inside. These accounts raise legitimate and urgent questions: were all the ballots in that ward counted? Were all the ballots that were counted actually cast? With an election teetering on a margin of 1%, the answers are tremendously important, as a .5% margin would trigger an automatic recount.http://www.breitbart.com/Big-Government/2012/06/09/More-Polling-Place-Problems-in-Racine-Throw-Close-Election-Into-Doubt
--------------------------------------------------------------------------------------------------------------


With the election just five months away, some are threatening not to donate money or time or even vote in November for the man who overwhelmingly ignited their passions and captured their imaginations four years ago.- http://www.theblaze.com/stories/not-liberal-enough-progressives-threaten-not-to-vote-in-november-over-frustration-with-obama/

A controversial Coney Island principal has pulled the plug on patriotism.
Her refusal to let students sing “God Bless the USA” at their graduation has sparked fireworks at a school filled with proud immigrants.
Greta Hawkins, principal of PS 90, the Edna Cohen School, won’t allow kindergartners to belt out the beloved Lee Greenwood ballad, also known as “Proud to be an American,” at their moving-up ceremony.

Five classes spent months learning the patriotic song, which skyrocketed in popularity after the 9/11 attacks and the 2003 invasion of Iraq.
It was to be the rousing finale of their musical show at the June 20 commencement. The kids, dressed up for their big day, would wave tiny American flags — which, as the lyrics proclaim, “still stand for freedom.”
But Hawkins marched in on a recent rehearsal and ordered a CD playing the anthem to be shut off, staffers said.
She told the teachers to drop the song from the program.
“We don’t want to offend other cultures,” they quoted her as explaining.
The curt edict stunned both staff and parents.


“If the Tea Party is allowed to score a trifecta, their ideas already are corrupting the Supreme Court, you see that with Scalia’s antics, they already have half of the Congress. If they get the rest…and the White House…if the Tea Party governs America — if this time next year, you are living in a government run by the Tea Party — let me suggest to you that they might use power a little bit differently than we did. When they get power, they use it to decimate us…”  http://www.theblaze.com/stories/van-jones-issues-dire-warning-the-tea-party-will-use-power-to-decimate-us/

Apple’s military-grade cameras are understood to be so powerful they could potentially see into homes through skylights and windows. The technology is similar to that used by intelligence agencies in identifying terrorist targets in Afghanistan.