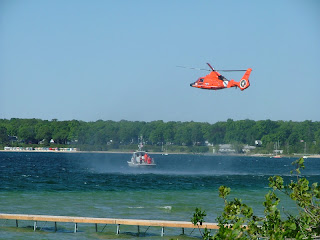 The Obama White House is drawing ridicule for appending the official online biographies of nearly every president over the last century in order to link President Obama's accomplishments to the former commanders in chief.
For instance, the following line was added to the official bio of the late President Ronald Reagan: "In a June 28, 1985, speech, Reagan called for a fairer tax code, one where a multimillionaire did not have a lower tax rate than his secretary. Today, President Obama is calling for the same with the Buffett Rule."
Conservative blogs and publications ripped the White House Tuesday for the move, even starting a Twitter hashtag #ObamaInHistory to mock him. The Republican National Committee launched a tumblr page called: "Obama in History -- World Changing Events You Didn't Know Obama Played A Part In."
The page goes on to show pictures of Obama standing with historical figures ranging from Einstein to Elvis to The Beatles. It also shows Obama at the Berlin Wall and Stonehenge.

U.S. District Judge Katherine Forrest in Manhattan today ruled in favor of a group of writers and activists who sued President Barack Obama, Defense Secretary Leon Panetta and the Defense Department, claiming a provision of the act, signed into law Dec. 31, puts them in fear that they could be arrested and held by U.S. armed forces.

[Do you want to be part of history?  Are you ready to do "something" to help turn the tide in America, to be part of the solution? Below is an email I received from the sister of one of my high school friends.  Linda is a Patriot who produces calls to action in California on a daily basis.  She will not be left behind while doing nothing.  She is amazing!  If you are ready to act, read the following details of making calls in support of Wisconsin Governor Scott Walker.  This is a most important Recall Election, with the unions out in full support of recall.  If you do not have the time or desire to participate, then you might want to just read the following to see what a plan of action looks like.  Please think about doing something like this in the weeks just prior to the Presidential Election.....
LAGUNA PATRIOTS, I WILL BEGIN CALLING WISCONSIN TODAY.
I KNOW I SAID I WOULDN’T ASK YOU YOU TO DO MORE THAN EDUCATE A LIBERAL, BUT ME AND MY OTHER PATRIOT FRIENDS WILL NEED MORE HELP. WHAT HAVE YOU DONE LATELY TO SAVE OUR REPUBLIC?.........
SOME HAVE SENT MONEY TO WALKER.  ONE LAGUNA PATRIOT IS GOING TO WISCONSIN FOR DOOR TO DOOR CANVASSING.  BUT SHARE YOUR STORIES ON WHAT YOU ARE DOING AND I’LL SHARE WITH LAGUNA PATRIOTS!
TEA PARTY WARRIOR, LINDA
The Gov. Scott Walker recall election in Wisconsin will affect every other state in the country! Since this election is VERY close we still need to mobilize lots of conservative callers and supporters because that's what the unions around the country are doing, too.
Let's all DO something this week--call voters to make sure Gov. Walker wins this election not only for Wisconsin but for every state in the union.
Let us know what you're doing wherever you are--email us your weekly calls so you can be counted.
Share this email with your friends. We can win this one!!!
Taking Back America one key national election at a time,
Susan and Don Silver
Organizers, Operation Swing State
A 2012 online grassroots phone-calling campaign to Take Back America!
www.CaliforniaTeaPartyGroups.org  (Operation Swing State tab at top)--access candidates' phone banks
310.282.8440, Los Angeles
++++++++++++++++++++