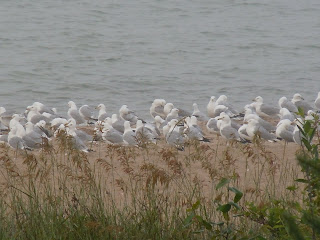 Writing in the New England Journal of Political Science, Kris Aaron Beck and Prathibha V. Joshi discuss tyranny and tyrants in exhaustive detail in their work "On Tyranny: The Political and Economic Characteristics of the Authoritarian Regime."  According to Beck and Joshi, tyrants and tyrannies differ depending upon the political systems that they seek to dominate.  Yet, there are characteristics common to all tyrants:
#1. Consolidation of Power (page 65).
Tyrants move quickly to centralize and consolidate power by "investing into one entity the authority to make political decisions previously found within multiple institutions."
Barack Obama is currently in the consolidation phase of his tyrannical foray.  He violates laws with impunity, forcing Congress and/or the Supreme Court to rein him in.  Obama's response to accusations of illegal activity might best be paraphrased as "You don't like it?  So sue me."
#2. Excessive Self-Love (page 45).
The defining characteristic of all tyrants, "...excessive self-love characterizes tyrannies and tyrants above all else[.]"
#3. They Hate the Middle Class (page 83).
"...tyrannies loathe the development of a large middle-class even though it can act as an engine of economic growth."
A thriving middle class is dangerous for any tyrant.  With time and income to allow for certain luxuries, middle-class citizens can also become politically active.  A strong and vibrant middle class is essential for a healthy economy, but it is also a driving force for the expansion of liberty.
#4. A Vision for the Country (page 70).
"To further their control and justify that initial oppression, tyrants offer a vision for the country that includes where they believe the country should go and how to solve its problems..." To read the entire argument go to: http://www.americanthinker.com/2011/07/tyrannus_obama_rex.html
------------------------------------------------------------------------------------------------------------
As NewsBusters previously noted, ABC's "This Week" began its Independence Day weekend program disparaging the Founding Fathers as guys who didn't let women vote and allowed slavery.
What followed was a Roundtable discussion about the Constitution which got quite interesting when the host brought up ObamaCare and George Will marvelously asked the group, "Does Congress have the constitutional power to require obese people to sign up for Weight Watchers? If not, why not?" (video follows with transcript and commentary):