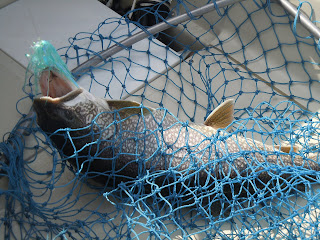 Dear Mr. President:
During my shift in the Emergency Room last night, I had the pleasure of evaluating a patient whose smile revealed an expensive shiny gold tooth, whose body was adorned with a wide assortment of elaborate and costly tattoos, who wore a very expensive brand of tennis shoes and who chatted on a new cellular telephone equipped with a popular R&B ring tone. While glancing over her patient chart, I happened to notice that her payer status was listed as "Medicaid"! During my examination of her, the patient informed me that she smokes more than one costly pack of cigarettes every day and somehow still has money to buy pretzels and beer.

Compliments of Rep. Tom Price (GA-06): The following bills are meaningful job promoting measures that we passed in the House. They are now awaiting Senate approval:
Buck Buck

The Washington Examiner reports: A dozen years later, her son turned her ordeal into a campaign pitch for national health care. But the story Obama told, Scott writes, was "abbreviated" -- the abbreviation was to leave out the fact that Ann Dunham had health insurance that paid for her treatment. "Though he often suggested that she was denied health coverage because of a pre-existing condition," Scott writes, "it appears from her correspondence that she was only denied disability coverage."
That's a different story altogether. One the president never told.
That is the time during which Obama says his mother battled insurance companies to cover her illness. But Scott, who had access to Dunham's correspondence from the time, reveals that Dunham unquestionably had health coverage. "Ann's compensation for her job in Jakarta had included health insurance, which covered most of the costs of her medical treatment," Scott writes. "Once she was back in Hawaii, the hospital billed her insurance company directly, leaving Ann to pay only the deductible and any uncovered expenses, which, she said, came to several hundred dollars a month."
Scott writes that Dunham, who wanted to be compensated for those costs as well as for her living expenses, "filed a separate claim under her employer's disability insurance policy." It was that claim, with the insurance company CIGNA, that was denied in August 1995 because, CIGNA investigators said, Dunham's condition was known before she was covered by the policy.

The Washington Post opines: The concept isn’t that hard to understand. 1. McConnell had enough of the phony White House talks. The White House offered a paltry $2 billion in actual, immediate cuts. 2. McConnell gave a speech to make clear that wasn’t enough and that the debt limit would be raised only with real cuts and without tax hikes. 3. McConnell could sit back and wait for default. 4. But he comes up with a mechanism to force Obama to put up cuts, send them to Congress and face “default” if the president’s cuts don't get through. 5. In the process he makes 34 Democratic senators vote over and over again on cuts. (The sound you hear in the background is the conga line at the Senate Republican Committee headquarters.)
There are no tax increases in the plan. The onus is on the president to send a request for a debt-ceiling increase and the cuts to go along with it. If he doesn’t do it or if the Congress disapproves of what he sends up (and sustains a veto) the debt ceiling remains in place. But the Senate Democrats will have the power to sustain a veto (and thereby allow phony cuts to be used to raise the debt ceiling), right? Which 34 senators exactly are going to do this? Certainly not the ones in unsafe seats with voters clamoring for real spending cuts. http://www.washingtonpost.com/blogs/right-turn/post/mcconnells-plan-confuses-the-chattering-class/2011/03/29/gIQAxEAGBI_blog.html
-------------------------------------------------------------------------------------------------------------
(CBS News) [Proving to all Americans that our government has really failed in its duty to take our SS money, protect it, and give it back - or proving once again how easy it is to just lie in order to scare us -]WASHINGTON - It was a striking thing today to see the President of the United States say that he cannot guarantee the 27 million Social Security checks that are due to be mailed on August 3rd.
Mr. Obama: Well, this is not just a matter of Social Security checks. These are veterans' checks, these are folks on disability, and their checks. There are about 70 million checks that go out each month.

"This debt limit increase is his problem," Rep. Boehner said. "And I think it's time for him to lead by putting his plan on the table something that the Congress can pass."

Politico writes: House Oversight Committee Chairman Darrell Issa is probing what he sees as signs of an unseemly overlap between President Barack Obama’s official and political activities.
In what could be considered the committee’s sharpest probe to date of the White House, Issa sent a letter to Obama’s top lawyer Monday evening asking for a slew of documents relating to what the California Republican termed as “an array of potentially illegal fundraising behavior.”

Issa singled out a White House meeting in March between Obama, Democratic National Committee officials and members of the business community — who were all Obama donors. The meeting was organized by the DNC.
He’s also calling into question the Obama administration’s decision to provide access to administration officials – possibly including the White House chef – to large donors.