Lightbulbs and our freedom; 55% don't want higher taxes now; Obama claims 80% of us want higher taxes; "Elect me because you are too dumb to understand how smart I am"; Obama claims of job-killing tax cuts!; Liberal group refuses to donate or volunteer for Obama; Bin Laden targeted Obama, Petraeus and sporting event for this 9/11; Krauthammer wants Obama to name one cut; Conservative organization trying to undo new CA law on teaching alternative lifestyles in schools; The UK Telegraph skewers our President; Obama administration negotiates with credit raters; Cyberwarfare at Pentagon 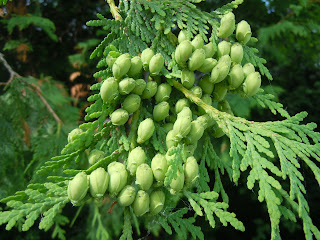 Redstate reports: The issue has taken hold in the press as to be about light bulbs, which of course reasonable people know is an unfair characterization of a complicated issue.  The real issue is obviously freedom.  Freedom to make choices, no matter how insignificant they may seem.  The light bulb situation is an example of that debate, but I’m starting to believe it is becoming a distraction.  You don’t even have to travel far from the realm of light bulbs to see that our overly regulated lives are about to be far more restricted and the impact will be devestating.
Recently, the EPA released it’s Clean Air Transit Rule (CATR) under the name “The Cross Air Pollution Rule.”  This essentially requires states that have power plants to redue emissions they produce which are carried downwind to neighboring states.  CATR is widely expected to result in massive closures or temporary shutdowns of electric plants. http://www.redstate.com/aglanon/2011/07/14/the-epa-must-be-stopped-and-im-not-talking-about-light-bulbs/
---------------------------------------------------------------------------------------------------------------
Rasmussen poll: As the Beltway politicians try to figure out how they will raise the debt ceiling and for how long, most voters oppose including tax hikes in the deal.
Just 34% think a tax hike should be included in any legislation to raise the debt ceiling. A new Rasmussen Reports national telephone survey finds that 55% disagree and say it should not. (To see survey question wording, click here.) http://www.rasmussenreports.com/public_content/business/taxes/july_2011/55_oppose_tax_hike_in_debt_ceiling_deal
------------------------------------------------------------------------------------------------------------
The Hill reports: Meanwhile, as reported by The Hill: President Obama on Friday kept up the pressure on Republicans to agree to revenue increases in a deal to raise the debt ceiling, claiming 80 percent of the public supports Democrats' demand for tax increases.
"The American people are sold," Obama said. "The problem is members of Congress are dug in ideologically."
Throughout the press conference, Obama blasted Republicans for ignoring what he said is the will of the American people by rejecting tax increases that would balance out spending cuts in a debt package. "I hope [Republicans are] not just listening to lobbyists and special interests ... I hope they're listening to the American people as well," Obama said, citing "poll after poll" showing Republican voters, as well as Democrats, believe in taking "a balanced approach" — including both increased revenues and spending cuts in a plan to cut the deficit.  [Okay - this made me laugh.  First of all President Obama is claiming something which is entirely untrue.  Then he argues for the Republicans to do what he refused to do - listen to the people - 55% of whom do not agree with his plan.  And he must have forgotten that when 70-some% of Americans in no way wanted his Obamacare, he thumbed his nose at the citizens and bullied and bribed his way to victory.  He sure does not lack in gall.]
“We asked the president to lead, we asked him to put forward a plan, not a speech — a real plan — and he hasn’t. We will,” Speaker John Boehner said (R-Ohio) before Obama’s press conference. "If they show me a serious plan, I'm ready to move, even if it requires some tough sacrifices on my part," Obama said.  [Here is the problem: it is HE who refuses to show a real plan to us.  He declares that the Republicans are ideologically entrenched to their plan without even understanding  that he also is entrenched.]

He can never be wrong. You always are, unless you agree with him.
That's the story of his presidency. That's who he is.