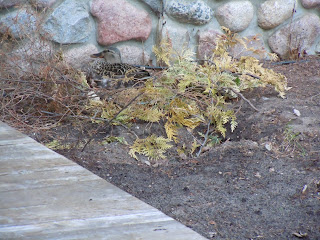 Rutherford said the Obamas' relatives are the only Muslims in a village of 4,000 Christians and that Malik has a private mosque on his property.
Malik started his charity the year his brother ran for president.
The foundation claims to be a tax-exempt, federally recognized nonprofit. It is not.

On one day in mid-March, for example, contractors said 56 of 204 Local 14 and Local 15 employees on site held no-work jobs.

With a $135,000 base salary, a master mechanic can make a staggering $405,000 a year with overtime that's guaranteed by six-day, 12- to 16-hour-a-day schedules. Welfare benefits, insurance and other costs hike the annual bill to $700,000 for that one mechanic.
It's a ridiculous requirement, REBNY says, because the manufacturer or crane owner does the repairs, not the contractor's master mechanics.

The UK Daily Mail reports: Arizona lawmakers want to erect a fence along the border with Mexico - whether the federal government thinks it's necessary or not.
They've got a plan that could get a project started using online donations and prison labour. If they get enough money, all they would have to do is get cooperation from landowners and construction could begin as soon as this year.
Governor Jan Brewer recently signed a bill that sets the state on a course to building a permanent barrier along its borders, and a website is being launched to raise money for the work.