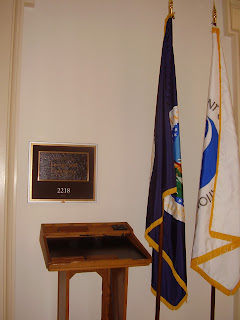 The Truth: according to TruthorFiction.com:
Dr. Sebastian J. Ciancio, of Danville, Illinois, told TruthOrFiction.Com that he is the author of  this commentary about a conversation that he had with an emergency room physician.  He emailed his commentary to syndicated radio host Rush Limbaugh and a few friends. Soon afterwards his commentary went viral on the World Wide Web. Dr. Ciancio also told us that several unauthorized versions of his email have been circulating the Internet that have included photos and might have been modified by others.
Here is the Dr. Ciancio's letter:


I was speaking to an emergency room physician this morning. He told me that a woman in her 20's came to the ER with her 8th pregnancy. She stated "my momma told me that I am the breadwinner for the family." He asked her to explain. She said that she can make babies and babies get money for the family. The scam goes like this: The grandma calls the Department of Children and Family Services and states that the unemployed daughter is not capable of caring for these children. DCFS agrees and states that the child or children will need to go to foster care. The grandma then volunteers to be the foster parent, and thus receives a check for $1500 per child per month in Illinois. Total yearly income: $144,000 tax-free, not to mention free healthcare (Medicaid) plus a monthly "Link" card entitling her to free groceries, etc, and a voucher for 250 free cell phone minutes per month. This does not even include WIC and other welfare programs. Indeed, grandma was correct in that her fertile daughter is the "breadwinner" in the family.


I hope you share this story with your listeners so that they know how the ruling class spends their tax dollars.


Also, many thanks for the fine service you provide in educating people about the merits of conservative thinking.