My Badge of Honor - Another Letter to the Editor - Denied 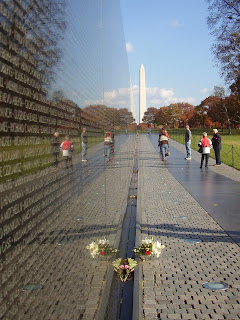 This week the local paper carried a Guest Commentary by their former Editor which spewed hatred for Republicans and their stalling on the New Start Treaty. Republicans are war mongers, shameless in their effort to delay, unconcerned about American security, and playing politics with nuclear weapons according to him.  Here is my denied response:

Speaking of the diatribe concerning the new Start Treaty printed in this newspaper, it omitted legitimate concerns which must be resolved prior to passing. Here are some of the concerns, described by the Heritage Foundation and others.
Russian leadership has said that any increase in our missile defense system would be considered a breach of the treaty.  Obama gave up our missile defense presence in the Czech Republic and Poland in order to appease Russians.  Does this not increase our vulnerability?
While agreeing that we need to renew our nuclear weapons and labs, Obama also promised not to develop any new nuclear weapons. Obama is promising $80 billion in spending on the "nuclear weapons complex" over the next decade, but supporting legislation has not been produced.
Some question the treaty’s methods of verification.  This administration admitted in Congressional testimony that they do not even care if the Russians cheat on the treaty, for we will be able to detect expansion. This administration concedes that the security risk is not immediate.  Then why have a hurried treaty?
There have been historically few Congressional hearings, and Senator John McCain notes that this administration continues to withhold critical documents needed for an informed decision in doing its constitutional duty to provide advice and consent.  This treaty will possibly weaken America’s defenses against a rising Russia while containing contradictory statements issued by the United States and Russia on the meaning and legal force of that language.

What I find shameful is your former Editor, who covers only one side of this important dilemma, while asking for some in Congress to say “to hell” with Republicans.  Our discussions should be honest and intellectual, not caustic and divisive.  Histrionics and name-calling are counter- productive. We need a good and effective treaty, not a quick one.