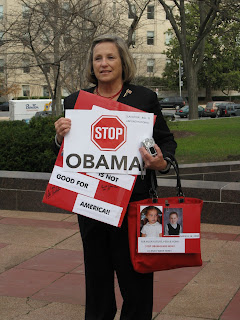 [Isn't this just great?  The Party which rammed down unwilling throats the ObamaCare bill is now doing what some had predicted: using the Lame Duck Session of Congress to push through the Congress a 2000 page bill with only 3 days to read the bill and to consider its particulars. It includes $1 billion dollars for Obamacare (even though its constitutionality is in question), and 6000 pork barrel earmarks.  This totals yet another $1 trillion in deficit spending, on top of the $1 trillion which will be  added to our debt in the tax bill which addresses the Bush tax rates, estate taxes, unemployment compensation, payroll tax cuts and ethanol subsidies.  Al Gore has declared ethanol to be unworkable and a way for him to have gotten Iowa votes in his presidential campaign. We all know that Social Security is nearly bankrupt.  It begs the question of how stupid it is to defund  SS for a while in order to "pay" for a stealth stimulus bill. The lame ducks want to get pork for their states before they, who have been thrown out of Congress, must pack up their desks and go home. This will ingratiate themselves to our President perhaps leading to a good assignment or ambassadorship.  Can we dare to expect the Republicans to once more stand as one against this Stimulus?  Will they filibuster, will they keep the bill from passing?  Will they force the entire 2000 pages to be read on the floor of Congress prior to the vote? Next they will be asked to fend off the Start Treaty, Don't Ask, Don't Tell, and the Dream Act, all of which the Democrats are hoping to pass in the Lame Duck Session.  Harry Reid has stated that he may keep the lawmakers there into next year.  This shows how desperate they really are to pass mega bills against the will of the people before they lose their majority.]
----------------------------------------------------------------------------------------------------------------------------------
World Net Daily informs us: Motorists in Colorado are expressing outrage over a weekend stunt in Gilpin County, about an hour's drive west of Denver, where highway checkpoints were set up so a private organization could ask for samples of blood and saliva
Sheriff's officials were apologizing after they helped set up and run five separate checkpoints over the weekend.
They said workers for the Institute for Research and Evaluation were overly persistent in their demands of innocent travelers.
gt. Bob Enney said the deputies' assistance to the organization involved stopping motorists at the sites along Colorado Highway 119 for "surveys" on any drug or alcohol use. Surveyors also requested that motorists submit to breath, blood and saliva tests.
Enney said several hundred motorists were tested, and some later complained.
Sequeira said he repeatedly asked if the questioners were law enforcement officials and said he was not interested in participating in the study, but still was not given clearance to leave.
PIRE spokeswoman Michelle Blackston told WND the deputies "did not stop" any drivers. "It was a voluntary survey. … Nobody approached them. There were signs saying that a survey was taking place. Nobody waved them down."
"For the record the proper response to ANY such incursion into privacy is to ask the question, Am I under Arrest? If the answer is no ask if you are free to go. If you are told no demand to be arrested or you will leave and then leave," added Frank Vicek. http://www.wnd.com/?pageId=43616
[I reprint this as a cautionary tale.  Who on earth would have allowed saliva and blood to be given, especially since those doing it are hardly doing it to unknown people?  They had access to the license plates.  My guess would be that those who submitted to this entire invasion of privacy were people young enough to not understand what other countries have been known to do to their citizens, and are unable to envision the future such actions might engender.  We need to stand up, speak out, and demand our rights in America, and we should be prepared.]
-----------------------------------------------------------------------------------------------------------------------------------