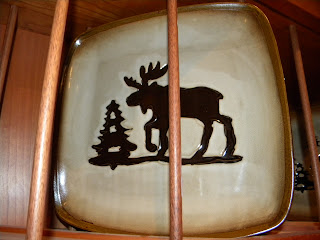 The Canada Free Press opines: You can actually put an exact dollar amount on the Constitution. And that amount is $335,906.
That’s the amount that Hollywood gave Senator Patrick Leahy. And in return, Leahy gave them COICA. That’s not the same of some new disease, it’s the abbreviation for Combating Online Infringement and Counterfeits Act, the biggest and more comprehensive internet censorship proposal in the history of this country. It would give Attorney General Eric Holder the power to create a blacklist of websites and force all companies that do business in the United States to comply with that blacklist.
Websites that feature collections of articles, such as FreeRepublic or DemocraticUnderground could easily be targeted under the terms of COICA. And so could many blogs, which list entire articles or cite extensively from them. Any site or blog that embeds videos or images which are not authorized by the copyright holder could be similarly targeted. And with the Attorney General of a highly politicized administration wielding the power to preemptively shutter and blacklist entire websites, it would be all too easy for COICA to be used as a club for suppressing dissent.  http://canadafreepress.com/index.php/article/30274
-------------------------------------------------------------------------------------------------------------
Bloomberg writes: “If anything, taxes for the lower and middle class and maybe even the upper middle class should even probably be cut further,” Buffett said in an interview with ABC’s “This Week With Christiane Amanpour” that is scheduled to air on Nov. 28. “But I think that people at the high end -- people like myself -- should be paying a lot more in taxes. We have it better than we’ve ever had it.”   [It is nice that he thinks that those "like him" should be taxed more.  He has a net worth of over $620 million.  There is a lot of room between those who make $200,000 per year and those of his net worth.]  http://www.bloomberg.com/news/2010-11-21/warren-buffett-tells-abc-rich-people-should-pay-more-in-taxes.html
-------------------------------------------------------------------------------------------------------------
Michelle Malkin reports: LAS VEGAS, NV – Secretary of the Interior Ken Salazar today issued a Secretarial Order elevating the Office of the National Landscape Conservation System and Community Partnerships in the Bureau of Land Management (BLM) to the level of a directorate within BLM.
Salazar’s disingenuous pro-jobs spin belies the anti-growth, anti-prosperity, anti-jobs agenda of the green groups who are over the moon about the new maneuver:
Interior Secretary Ken Salazar gave the National Landscape Conservation System a boost this week, elevating its status within the Interior Department and setting conservation as a top priority for the vast federal lands.
The NLCS is a collage of more than 27 million acres of wilderness, conservation areas, rivers and monuments managed and protected by BLM. It was established administratively by President Clinton nearly a decade ago and put into law in March when President Obama signed the public lands omnibus bill. http://www.facebook.com/#!/note.php?note_id=458780655676&id=269123710083
-------------------------------------------------------------------------------------------------------------
World Net Daily writes: Martha Donahue in a commentary at Resistnet said she'd spent 30 years in the medical industry.
"For those of you who fly and opt for the 'pat down,' you need to demand the TSA thugs change their gloves. I've been watching on the news how they operate. People are being searched [with] dirty gloves ... gloves that have been in crotches, armpits, touching people who may be ill, people who pick their noses. Do you want those gloves touching you?
"These thugs are protecting themselves from you. You need to be protected from them," she wrote. "In a hospital, nursing home, in-home care, or even labs, that would never even be considered an option."
Asked today about the possibility of contamination being spread from one passenger to another on the gloves of TSA agents, a spokesman for the CDC bailed.
"Please contact the Dept of Homeland Security and/or TSA on this issue," the spokesman told WND.
But in its online writings, the CDC repeatedly makes clear the importance of maintaining clean hands to avoid such transmission of communicable and contagious afflictions. http://www.wnd.com/index.php?fa=PAGE.view&pageId=231733
-------------------------------------------------------------------------------------------------------------
From Townhall: Besides, screening every "known or suspected" terrorist on the full watch list would inconvenience travelers, the TSA believed. "This practice would overburden the Secure Flight system and inconvenience a great number of travelers who are not the individuals identified in the TSDB," said Hawley.
Then, last Christmas, Umar Farouk Abdulmutallab boarded a Detroit-bound flight from Europe, wearing explosive underpants. He was on the TIDE list, but not the TSDB -- and thus not the Selectee or No Fly lists.
President Obama ordered national security agencies to re-examine the watch-listing standards. This summer, they made changes to the system. One of these, according to a counterintelligence official, is that they will now watch-list a person when they get terrorism-related derogatory information about that person from only a single source if they judge that the source is credible.
In Abdulmutallab's case, the single source who provided the lamentably ignored derogatory information happened to be his father.
Testifying before the House Judiciary Committee in March, TSC Director Timothy Healy also said that the government had reviewed the visa status of all known or suspected terrorists and discovered that there "were approximately 1,100 individuals that had received visas that were in the Terrorist Screening Center database."
Still, as Americans pass through full-body scanners and pat downs this Christmas season, the inverted pyramid is still in place. Not all "known or suspected" terrorists are on the Selectee or No Fly lists, although those lists have grown.  [It's fair to say that we ARE being "inconvenienced" - by the molestation-style pat-downs of those who cannot be considered a threat.]   http://townhall.com/columnists/TerryJeffrey/2010/11/24/working_out_the_terrorist_watch_lists/page/2
Posted by Karen at 7:51 AM