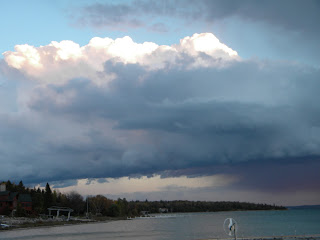 The Great Orator set o wow those in India with his teleprompter::
Headline: Teleprompter to make a debut in Parliament when Obama speaks
Published: Friday, Oct 22, 2010, 17:38 IST
Place: New Delhi | Agency: PTI
A teleprompter will be in use for the first time in the Central Hall of Parliament when US President Barack Obama addresses MPs on November eight.
As per the tentative programme being worked out, the address by Obama, who once said that "America has its roots in the India of Mahatma Gandhi", would not be for more than 20 minutes.
Obama will take the help of a teleprompter to deliver his address to the 780-odd members of Lok Sabha and Rajya Sabha, sources said.
Parliament authorities said this will be the first time that such a facility will be arranged in the Central Hall.
Obama’s reliance on the teleprompter is unusual--not only because he is famous for his oratory, but because no other president has used one so consistently and at so many events, large and small.  http://www.dnaindia.com/india/report_teleprompter-to-make-a-debut-in-parliament-when-obama-speaks_1456549
-------------------------------------------------------------------------------------------------------------
Jonah Goldberg opines: As of this writing, France is paralyzed. By the time you read this, it might be in flames.
In Britain, where politics is more polite but the problems are perhaps just as dire, the government is proposing budget cuts on a scale not seen for nearly a century.
In Greece, well, the less said about Greece the better.
All of these countries -- and many more -- are going through painful retrenchments because they spent too much money, made too many promises and expected too little from their own citizens. The era of European austerity is upon us, because the Europeans -- or at least those in charge -- understand the mess they've made of their economies.
In broad terms, all of the policies Obama and the Democrats have pushed are the sorts of policies the British, the French and other Europeans had for years, even decades.
As far as I am aware, no one has asked President Obama a simple question: If your philosophy is so great, how come the countries that have embraced it for generations are so much poorer than us?
Nor have they asked: If guaranteed health care for everyone will make us so much more "competitive," how come we've been doing so much better than our "competitors" who already have socialized medicine, high tax rates and lavish pensions?
Nor has the president been queried about the incongruity of saying his policies have laid a "new foundation" for economic growth and job creation when the countries he's trying to emulate are trying to dismantle the very same foundations in order to survive. http://townhall.com/columnists/JonahGoldberg/2010/10/22/fools_rush_in_where_europe_rushes_out
Posted by Karen at 9:29 AM