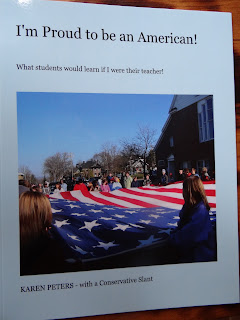 So, Attorney General Eric Holder approved a search warrant targeting Fox News’s James Rosen for the crime of journalism with malice aforethought. Then the Justice Department shopped around for a judge who would keep the surveillance of professional and private e-mails secret. Then the department fought the public disclosure of the warrant since it wanted the flexibility to continue the investigation “for many years.” Then, according to Daniel Klaidman of the Daily Beast, Holder read the details of this operation in The Post over breakfast and the reality began to “fully sink in.” “Holder knew that Justice would be besieged by the twin leak probes,” Klaidman wrote, “but, according to aides, he was also beginning to feel a creeping sense of personal remorse

Attorney General Eric Holder's plans to sit down with media representatives to discuss guidelines for handling investigations into leaks to the news media have run into trouble.
The Associated Press issued a statement Wednesday objecting to plans for the meetings to be off the record. "If it is not on the record, AP will not attend and instead will offer our views on how the regulations should be updated in an open letter," said Erin Madigan White, the AP's media relations manager.
The New York Times is taking the same position. "It isn't appropriate for us to attend an off-the-record meeting with the attorney general," executive editor Jill Abramson said in a statement.  http://politicalticker.blogs.cnn.com/2013/05/29/holder-runs-into-roadblocks-on-off-the-record-meetings-on-leaks/
------------------------

When the American mission in Benghazi, Libya was attacked on September 11th, 2012, only one person had the positional authority, legal mandate, and communications apparatus to give the order to defend our personnel on the ground: the President of the United States.

The President did not give that order, and four Americans died in Benghazi that day. All the rest of the nonsense to which we have been treated–from prepared talking points, congressional hearings, and finally to the outright lies–matter not when compared to the ignominious moments in which the President of the United States refused to do his job. http://www.breitbart.com/Big-Peace/2013/05/29/Blame-the-President-for-Benghazi
-------------------------


Vandals have attacked two of Britain’s most celebrated war memorials, apparently daubing them with the word “Islam” and covering over inscriptions. The RAF Bomber Command War Memorial and the Animals in War  [Nothing to see here folks, what difference does it make?] http://www.telegraph.co.uk/news/uknews/crime/10082647/War-memorials-vandalised.html
-------------------------------------

Senator Dick Durbin (D-IL) appeared on Fox News Sunday to say he has no regrets about pushing the IRS to perform one of those very special conservatives-only audits upon Karl Rove’s Crossroads GPS group.  He didn’t single them out because they’re political enemies, you see.  He just chose them for a bureaucratic beatdown because he thought they’d make a good example to all the other nonprofit organizations, liberal and conservative alike: http://www.humanevents.com/2013/05/28/senator-durbin-redefines-the-dated-first-amendment/
----------------------

Students at the University of Colorado – Boulder (UCB) signed an enormous thank you card to the Internal Revenue Service for its apparent harassment of conservative groups during the lead-up to President Obama’s reelection.
In the viral video, posted on YouTube Tuesday, conservative pundit Caleb Bonham asked students to sign the large card that read “Thank you IRS! Tea Party Deserves it!”
“I’m asking people if they want to sign my board thanking the IRS for targeting conservative tea party and religious organizations,” Bonham explained in the video.
Several students enthusiastically added signatures and personal messages.
“Yes, totally,” responded one student. “I read about that. I thought it was pretty funny that the IRS was doing the right thing but the wrong thing at the same time.”
“I love discrimination,” chimed in another student. http://www.campusreform.org/blog/?ID=4770
---------------------------------------


There is a long history of complaints about czars by whichever party does not occupy the White House at the time, but the advisers have become a particular target of the right wing during the Obama administration, and the 11th-hour budget deal eliminated his health care, climate, urban affairs and auto-industry czars.
But on Friday night, Obama declared that he intends to ignore that part of the budget legislation, issuing a relatively rare "signing statement" after he inked the budget deal in which he argued that the legislative effort to eliminate those positions was an unconstitutional infringement on the executive branch.  http://www.huffingtonpost.com/2011/04/15/obama-czars-signing-statement_n_849963.html
-------------------------------

A New Kind of Problem: The Common Core Math Standards
3
A set of guidelines adopted by 45 states this year may turn children into "little mathematicians" who don't know how to do actual math.

They implemented Common Core this year in our school system in Tennessee. I have a third grader who loved math and got A's in math until this year, where he struggles to get a C. He struggles with "explaining" how he got his answer after using "mental math." In fact, I had no idea how to explain it! It's math 2+2=4. I can't explain it, it just is.

The second email came from a teacher in another state:
I am teaching the traditional algorithm this year to my third graders, but was told next year with Common Core I will not be allowed to. They should use mental math, and other strategies, to add. Crazy! I am so outraged that I have decided my child is NOT going to public schools until Common Core falls flat.
Let's look first at the 97 pages of what are called "Content Standards." Many of these standards require that students to be able to explain why a particular procedure works. It's not enough for a student to be able to divide one fraction by another. He or she must also "use the relationship between multiplication and division to explain that (2/3) ÷ (3/4) = 8/9, because 3/4 of 8/9 is 2/3."
It's an odd pedagogical agenda, based on a belief that conceptual understanding must come before practical skills can be mastered. As this thinking goes, students must be able to explain the "why" of a procedure. Otherwise, solving a math problem becomes a "mere calculation" and the student is viewed as not having true understanding.
http://www.theatlantic.com/national/archive/2012/11/why-the-new-common-core-math-standards-dont-add-up/265444/
--------------------------
Posted by Karen at 8:48 AM