Conservative Corner returns for one day! 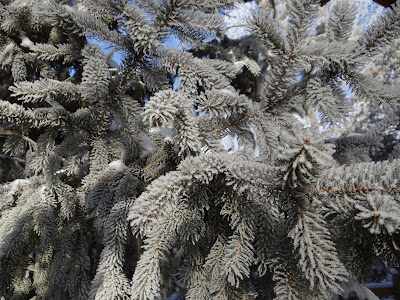 I continue to learn the news for myself, and as usual I like to keep track of the patterns and actions of this Administration over time.  With that in mind, I wrote the following well researched column.  It always amazes me as to how much this President is trying to do to America. - Conservative Corner

Observations of Obama and Democrats in Congress since his reelection:
1)      President Obama touted Obamacare as the cure for some “folks” not having health insurance.  In truth, it is fraught with problems, including the recently learned fact that due to a “glitch”, many families who can't afford the employer coverage that they are offered on the job will not be able to get financial assistance from the government to buy private health insurance on their own. In addition about 7 million Americans will just lose their employer-provided insurance.  Unions which back Obama are now surprised to learn that new health care premiums are surprisingly high.  Our government is having trouble finding people who will agree to sit on the 15-member Death Panels mandated by Obamacare.  Who would want to be underpaid to have their names on the regulations that ration care?  ​The law states that taxpayer-financed subsidies can only be funneled through state-based exchanges, and not through federal ones. Since 26 states have refused to create the health care exchanges upon which the whole law depends, the whole law is in trouble.
2)      President Obama formed his Jobs Council so that he could look so caring and so involved in job creation during the election cycle.  He has now disbanded the Jobs Council after having met with them only once in the last year, even though unemployment remains high (youth unemployment is 13%) and economic activity is so low as to have some predicting a double-dip recession.  As companies either reduce employees’ hours to part time, or only hire part time workers in order to avoid the Obamacare tax, employees are being harmed and our President will once again pretend to care.  He does, however, continue to expand the number of government jobs.
3)      In the recent fiscal cliff deal, Obama crowed that he got the Republicans to back down by raising the amount Americans can earn without being “evil” from $250,000 to $400,000.  He thereby got a lot more money to spend without having to outline proposed budget cuts or passing a budget.  He seems not to have noticed the Republican victory: the “evil” Bush Tax Cuts are now permanent for 99% of Americans.
4)      During his first month in office in 2009, Obama signed an Executive Order to close Gitmo within one year.  Following his reelection, he has closed the office which was tasked to close the prison down.
5)      President Obama hid from us one of the first items on his agenda if he were to be reelected: gun control.  His approach, however, will not keep guns from the hands of criminals, but will infringe on the Constitutional rights of law-abiding Americans.  As former Detroit News columnist Bill Johnson wrote, “The unintended consequences of weapon-control requirements could actually trigger a reduction in registrations and increase guns purchased via the underground market. They would not affect the criminal use of guns, or the ability of the criminally insane to get their hands on a weapon of their choice.
6)      During his gun control speech, Obama said that if it keeps just one child from dying, gun control is             necessary, that it is the number one duty of a President to protect children.  We should ask, however, why it is not his duty then to prevent the killing of hundreds of thousands of children via abortion.  He defends the practice of partial birth abortions, as well as letting those children who survive abortion attempts to just be put in a hospital closet and left to die, as his votes as an Illinois Senator prove.  I will add that it is my understanding that the first job of a President is to keep America safe from its enemies.