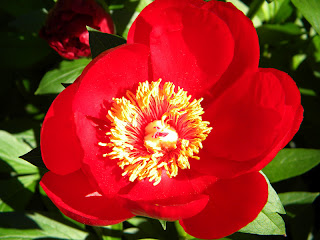 Following are dictates #75-84 in my ongoing expose on President Obama’s lawmaking without the consent of Congress.
1)     The Interior Department listed new rules which would now ban gun owners from using some public lands for target practice.
2)     President has declared that America would follow, even without allowing Congress to vote, a European Union Code of Conduct for outer space.
3)     The Deputy IRS Commissioner told Senators of his desire to have local policemen help them enforce IRS tax codes, and to share once top secret tax information with city and state police.  Our American right to privacy will once again be breached, and our local police will knock on our doors for IRS information?
4)     The Department of Homeland Security is working behind the scenes to halt the deportation of certain illegal immigrants by granting “unlawful presence waivers” to those with relatives who are American citizens.  They will no longer have to return to their native country and then enter our country as legal immigrants do.
5)     Though the Stop Online Piracy Act (SOPA) failed to pass Congress, the Department of Homeland Security and the Department of Justice have declared that any Internet domain is subject to seizure at any time.  Many see this as permission for our government to shut down websites with which they may disagree.  At best it brings us questions of government censorship.
6)     The President issued an Executive Order on May 1, 2012 which makes the USA subject to “international regulations” instead of being guided by the American Constitution.  This would eliminate our sovereignty.
7)     On May 2, 2012 came an Executive Order which will have the US bow to international regulations, providing, according to Business Week “a framework to organize scattered efforts to promote international regulatory cooperation.  Many worry that this is just one more step toward President Obama’s desire for global governance.
8)     The Federal Aviation Administration recently explained their rules for licensing drones to be stationed at about 60 sites in America.  Without the input of Congress, the skies of America may contain a tool of war – an unmanned drone - used for local law enforcement, as it already has been out west. It raises the specter of searches without a warrant and Americans’ right to privacy – as we won’t even know they are there.  The agency is “streamlining the process for public agencies to safely fly drones in the nation’s airspace.”  Just last week a supposed drone in the air in Denver nearly caused a mid-air crash.  The FAA is investigating.  Big Brother is watching us.
9)     President Obama’s Administration intends to continue to put on his campaign website “Keeping GOP Honest” the names of major contributors to the Romney campaign, adding that they have less-than-reputable records and “may” have broken the law.  Talk about an enemies list!  This is a despicable thing for the most powerful man in the world, who could sic government agencies on his enemies, to do.  It is unbridled intimidation, and one man is now being harassed and his children are being stalked.
10)  America is now being conditioned by the Department of Defense to accept joint military/police drills, as a recent one in south Florida in the middle of the night demonstrates.  Unlike the “cool tourist story” it was exclaimed to be by media, some would say that this country has never had a civilian military and this action looks inappropriate.  It might appear to be a drill for conducting Martial Law when military helicopters hover over a city’s buildings in the middle of the night, shooting simulated gunfire. It certainly did scare citizens, many of whom called 911 with their fears.
President Barack Hussein Obama is issuing extremely potent and important orders without the input and vote of Congress, and we must remain vigilant.
Conservativecorner-karen.blogspot.com