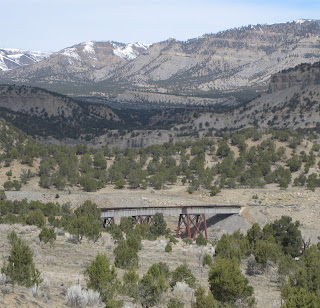 With their unemployment-insurance checks running out, some of the country’s long-term jobless are scrambling to fill the gap by filing claims for mental illness and other disabilities with Social Security — a surge that hobbles taxpayers and making the employment rate look healthier than it should as these people drop out of the job statistics.
His research also shows a growing number of men, particularly older, former white-collar workers, instead of the typical blue-collar ones, are applying.


Free Beacon reports: An Economy Built to Crash -Geithner admits Obama's budget 'unsustainable' for second year in row.  President Obama described his fiscal year 2013 budget – the most expensive in United States history – as “a blueprint for an economy that is built to last. ”http://freebeacon.com/geithner-admits-obamas-budget-unsustainable/

Fox News reports: With less than two weeks until elections, Russian Prime Minister and presidential candidate Vladimir Putin pledged to spend 23 trillion rubles ($770 billion) on strengthening the country's army over the next 10 years, the Kremlin's biggest military spending spree since the Cold War.
Putin vowed to deliver an "effective and asymmetrical response" to the North Atlantic Treaty Organization's plan to cast a missile-defense shield over Europe while thoroughly overhauling the army's ability to confront modern threats.
"It's obvious we won't be able to develop our international position, our economy or democratic institutions if we cannot defend Russia," Putin wrote in an article for the government-owned Rossiiskaya Gazeta newspaper. "We must not tempt anyone with our weakness." http://www.foxnews.com/world/2012/02/20/russian-prime-minister-vladimir-putin-pledges-more-defense-spending/?cmpid=cmty_email_Gigya_Russian_Prime_Minister_Vladimir_Putin_pledges_more_defense_spending
-------------------------------------------------------------------------------------------------------------
UK Daily Mail reports: With the economy on its knees, many American families have had to forgo their annual holiday just to make ends meet.

Barack Obama said of Occupy Wall St.: "We are on their side." First and foremost, we [Breitbart] uncovered the lie that Occupy was grassroots. [those who go to the website below will see the list of 417 headlines which Occupy groups garnered, all negative.]