The Story that Just Won't Go Away; Number of Limos for Government Increases by 73% Under Obama; 150 Economists Back Boehner's Budget; Florida Demands Drug Testing for Welfare Recipients; Lots of Eye-Rolling by GOP; No Senate Budget for 762 Days and Counting; USPS Has Union-fed Troubles; Herman Cain's Star is Rising 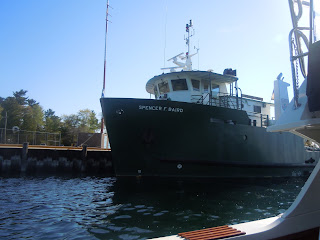 World Net Daily reports: An international expert on scanners and document-imaging software filed a 22-page criminal complaint with the FBI, charging that the long-form birth certificate released by the White House is criminally fraudulent.
"What the Obama administration released is a PDF image that they are trying to pass off as a Certificate of Live Birth Long Form printed on green security paper by the Hawaiian Health Department," Doug Vogt writes, "but this form is a created forgery."
Get the inside details on what could be the most serious constitutional crisis in modern history, in "Where's the Birth Certificate? The Case That Barack Obama is Not Eligible to be President," autographed by the author!
Vogt's criminal complaint asserts: "I have irrefutably proven that the Certificate of Live Birth that President Obama presented to the world on April 27, 2011, is a fraudulently created document put together using the Adobe Photoshop or Illustrator programs, and the creation of this forgery of a public document constitutes a class B felony in Hawaii and multiple violations under U.S. Code section Title 18, Part 1, Chapter 47, Sec.1028, and therefore an impeachable offense."
When the Obama birth certificate "forgery" comes to the public's attention, Vogt continues, "It will surpass all previous scandals including the Watergate scandal of the Nixon administration."


The Senate is supposed to be in Memorial Day recess this week. But the chamber is so ungovernable that Majority Leader Harry Reid doesn't even have the votes to declare a recess. So he decided instead to have a few "pro forma" sessions, such as Tuesday's, allowing senators to take a vacation without voting for it.
In a sense, the Senate has been in a pro-forma session all year. ... Although there's general agreement that the most pressing issue facing the federal government is its runaway finances, the Democrat-controlled Senate hasn't passed a budget in 762 days, a new standard for dereliction of duty. ...
Now, for the first time in a decade, the Senate Budget Committee isn't even considering a budget. ...
It is just the sort of thing that offends Americans about Washington: The triumph of tactical advantage over the national interest.

National Review reports: From Devin Leonard’s article on the US Postal Service in the new Bloomberg BusinessWeek: Since 2007 the USPS has been unable to cover its annual budget, 80 percent of which goes to salaries and benefits. In contrast, 43 percent of FedEx’s (FDX) budget and 61 percent of United Parcel Service’s (UPS) pay go to employee-related expenses. Perhaps it’s not surprising that the postal service’s two primary rivals are more nimble. According to SJ Consulting Group, the USPS has more than a 15 percent share of the American express and ground-shipping market. FedEx has 32 percent, UPS 53 percent.
The USPS has stayed afloat by borrowing $12 billion from the U.S. Treasury. This year it will reach its statutory debt limit. After that, insolvency looms. …

Democrats receive the vast majority of the contributions made by postal workers’ unions, according to campaign finance records, so they tend to be sympathetic. President Barack Obama inserted a proposal in his 2012 budget to absolve the USPS of $4 billion of its retiree health-care liabilities in 2011. This would enable it to slog through another year without extraordinary changes. Meanwhile, Senator Thomas Carper (D-Del.) introduced a bill on May 17 that would relieve the USPS of its prefunding headaches. “If we do nothing, we face a future without the valuable services that the postal service provides,” Carper cautioned in a statement the same day.
The USPS has historically placed the interests of its unions first. That hasn’t changed. In March it reached a four-and-a-half-year agreement with the 250,000-member American Postal Workers Union, which represents mail clerks, drivers, mechanics, and custodians. The pact extends the no-layoff provision and provides a 3.5 percent raise for APWU members over the period of the contract, along with seven upcapped cost-of-living increases. The union is happy. “Despite the fact that the postal service is on the edge of insolvency, the union and management have reached an agreement that is a ‘win-win’ proposition,” said APWU President Cliff Guffey on the union’s website.