Get to Know new DNC Chairman Schultz; Consumer Confidence Index in Surprise Fall; Sharia Law Fails in Dearborn; How the Left Took Over Your TV; Obama's Budget Suffers Large Defeat; Trespassers Can Sue You; Let's Drape Ourselves in the Flag; Teen Beauty Stoned to Death 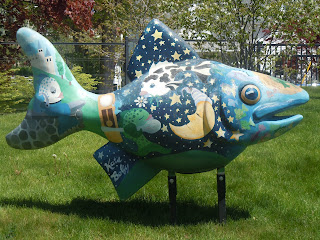 Human Events reports: The House held an important vote tonight.  Major media outlets are calling it “symbolic,” but it’s far more important that they want to admit.
By a vote of 97-318, the House of Representatives rejected President Obama’s demand for an unconditional increase to our national debt ceiling.  Every single Republican voted against the measure, along with 82 Democrats.  Joining the Republicans were such luminaries as House Minority Leader Nancy Pelosi and DNC chair Debbie Wasserman-Schultz.  http://www.humanevents.com/article.php?id=43836
------------------------------------------------------------------------------------------------------------
The Washington Examiner writes: "Rick assaults Sasha on a public street and snatches her purse. In the course of his escape from the scene, he climbs over the fence at Rachel's bed and breakfast and is injured by [an] uninsulated [electrical] wire."
So, can Rick the purse-snatcher sue Rachel the hotelier, whose property he violated?
This hypothetical, the sort of puzzle placed before law students each year, appears as an example in a recent installment of the prestigious American Law Institute's Third Restatement of Torts.

More than 40 years ago, ALI's Second Restatement asserted that landowners had no duty to trespassers except in very limited circumstances -- for example, when landowners create "attractive nuisances" that lure children into death or serious injury.
Otherwise, landowners and homeowners could only be held liable if they harmed trespassers through willful or reckless actions. The new Restatement, published last year, changes all that.
It imposes on property owners a new duty of "reasonable care" toward all except "flagrant" trespassers. And what constitutes "flagrant" trespass? It is not defined in the new Restatement, nor in state tort law.
But apparently, it may not include Rick the purse-snatcher in his flight from the police. "Rick's commission of the crime," the document states, "is not relevant to the determination of whether his trespass on Rachel's land is flagrant."
In just the past few months, four states -- Texas, Oklahoma, South Dakota and North Dakota -- have responded to the Restatement's pro-trespasser rules by pre-empting them, passing new statutes on trespassing.