Extinctions overstated; US has largest energy source of any nation on Earth; Tornados not linked to US temps; Natural Gas Act; Obama's choice of Dept. of Commerce supports cap and trade; NYT Gives up reporting news 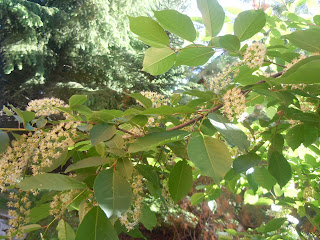 The LA Times reports: Hit the snooze on that ecological doomsday clock for a minute: The world's species may not be going extinct quite as fast as we thought they were. Scientists may be overestimating the crisis by as much as 160%, according to a recent study.


“Tornado deaths require two things. You have to have the tornado and you have to have people in the right or the wrong place,” Brooks said. “The biggest single demographic change that probably affects things is that the fraction of mobile homes in the United States has increased over the years,” he said. http://www.redstate.com/repair_man_jack/2011/05/24/tornadoes-and-agw/

The company’s dramatic plan to comply with the regulations could give Republicans and moderate Democrats ammunition in their ongoing fight against EPA's efforts to impose new regulations aimed at limiting greenhouse gas emissions and air pollutants including mercury and arsenic.
Rep. Shelley Moore Capito (R-W.Va.) and Sen. Joe Manchin (D-W.Va.) immediately pounced on AEP's announcement.  “This is a perfect example of the EPA implementing rules and regulations without considering the devastating impact they may have on local economies and jobs,” Capito said.  http://thehill.com/blogs/e2-wire/677-e2-wire/165651-aep-epa-regs-will-cost-billions-and-result-in-five-closed-plants