The Federal Deficit Under Obama's Administration; Eric HolderShould Not Be Attorney General; 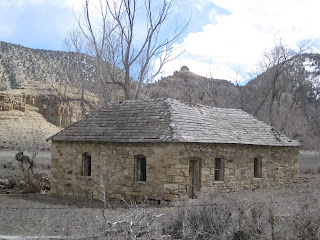 From another email: The  Washington  Post babbled again today about Obama inheriting a huge deficit from Bush. Amazingly enough, a lot of people swallow this nonsense.
So once more, a short civics lesson.

Budgets do not come from the White House. They come from Congress and the party that controlled Congress since January 2007 is the Democratic Party.
Furthermore, the Democrats controlled the budget process for FY 2008 and FY 2009 as well as FY 2010 and FY 2011.
In that first year, they had to contend with George Bush, which caused them to compromise on spending, when Bush somewhat belatedly got tough on spending increases.
For FY 2009 though, Nancy Pelosi and Harry Reid bypassed George Bush entirely, passing continuing resolutions to keep government running until Barack Obama could take office. At that time, they passed a massive omnibus spending bill to complete the FY 2009 budgets.
And where was Barack Obama during this time? He was a member of that very Congress that passed all of these massive spending bills, and he signed the omnibus bill as President to complete FY 2009. Let's remember what the deficits looked like during that period:    (below)

In a nutshell,  what Obama is saying is I inherited a deficit that I voted for and then I voted to expand that deficit four-fold since January 20th.
-----


Verifying the above statistics, it is said, are the following charts from the US Government Spending website's Christopher Chantrill, a writer for American Thinker:

Human Events recently editorialized that Eric Holder should have never been confirmed as attorney general and that his priorities are dangerous.  Here are the Top 10 Reasons Eric Holder Should Not Be Attorney General:

5.  Refusal to enforce the Defense of Marriage Act:

6.  Opposition to the death penalty:

9.  Clemency for terrorists, pardon for fugitive:  When Holder served as deputy attorney general in the Clinton administration, he backed the President’s pardoning of fugitive financier Marc Rich, a major Democratic campaign donor.  He also advised that Clinton offer clemency to 16 members of the Boricua Popular Army, a Puerto Rican terror group, despite opposition from the FBI, the federal prosecutor, and victims of their violence.