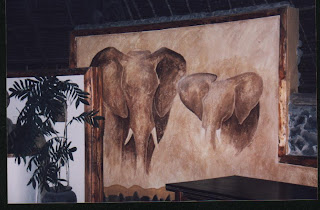 The LA Times writes: Provided it survives legal and legislative challenges, the health care reform law extends insurance coverage to 30 million Americans. And aging baby boomers are expected to double the population of elderly by 2030. Will we have enough doctors to accommodate them?

A June 2010 report issued by the American Assn. of Medical Colleges says no. In a model that accounts for the influx of newly insured patients, increasing utilization of doctor visits, decreases in physician working hours, modest growth of the resident workforce and greater use of nurse practitioners and physician assistants, a 130,600-physician shortage is anticipated by 2025, half of which will be primary-care doctors.

Even now, it can be challenging to find a primary-care doctor accepting new patients, and the current estimated shortage is only 7,400. Imagine the task in 2025. Few realize that these residency programs are mostly funded through Medicare and other government programs, and since 1997, the number of federally supported positions — and thus the annual number of freshly credentialed doctors — has been capped by Congress. Universal healthcare will succeed only if there are enough physicians to render it. [Well - that is one solution to the problem!  There just won't be enough doctors - so that will be like having death panels, won't it? Our waiting time to see a doctor will rival those of any country with Socialized Medicine.]
http://www.latimes.com/news/opinion/commentary/la-oe-wertheim-mdshortage-20110124,0,1134878.story
-----------------------------------------------------------------------------------------------------------
The Denver Post: The Obama administration has become so concerned about the slowing pace of new drugs coming out of the pharmaceutical industry that officials have decided to start a billion-dollar government drug development center to help create medicines.

The health and human services secretary, Kathleen Sebelius, sent a letter to Congress on Jan. 14 outlining the plan to open the new drug center by October — an unusually rapid turnaround for an idea first released with little fanfare in December.  [This fits right in with Obama's belief that it is the government who should be the job provider.]


Jan. 21, Michigan Capitol Confidential: In Detroit's case, six of the top 10 employers are not private businesses at all, but government entities: public schools, the city government, the U.S. government, Wayne State University, the State of Michigan and the U.S. Post Office.  [Overwhelm the system so that citizens look to government to be the savior - where have I heard that before?]

Read more: http://www.nypost.com/p/news/opinion/editorials/musical_insult_evNNqzbcBAzi6BPUpEGRkJ#ixzz1C3NvdWQG
Posted by Karen at 9:07 AM