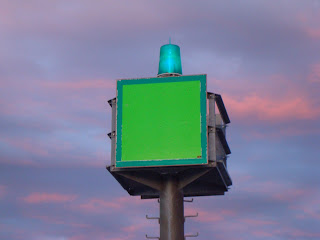 Here's a warning!  New projections from the federal Centers for Medicare and Medicaid paint a stark picture of the impact of the ObamaCare law: We're in for a massive redistribution of health resources.
When the projections were released this month, news reports stressed that the president's "reform" utterly fails to slow the growth of health-care spending. Every year through 2019, employers and consumers will face higher premiums than if the law hadn't passed.
But worse news is how radically the Obama law spreads the health wealth around.
In 2014, a staggering 85.2 million people -- 31 percent of all nonelderly Americans -- will be on Medicaid and CHIP (the Medicaid-like children's health program). This accounts for the majority of those who'd gain health coverage. Amazingly, only 3 percent more people will have private insurance.

President Obama pledged to reduce the number of uninsured by making health plans affordable -- but that's not how his law actually does it. Rather, it loosens Medicaid eligibility by raising the income ceiling and barring asset tests.
In short, it pushes our country toward a welfare state.

Often, workers put up with low salaries to get good health benefits for their families. But the new law stipulates that Medicaid recipients get the same benefits that employers are required to provide workers. That will diminish the incentive to work -- another step toward reversing welfare reform. Why stick it out on the job if the benefits are just as good in Medicaid?
ObamaCare is the health component of an overall move to make more people dependent on government.

We know that cuts in Medicare are being used to fund national health care reform." In fact, the $145 billion in Medicare Advantage cuts are routinely used by Obama and his spinmeisters to pay for yet another Obamacare fiction, that their masterpiece will reduce the federal budget deficit.